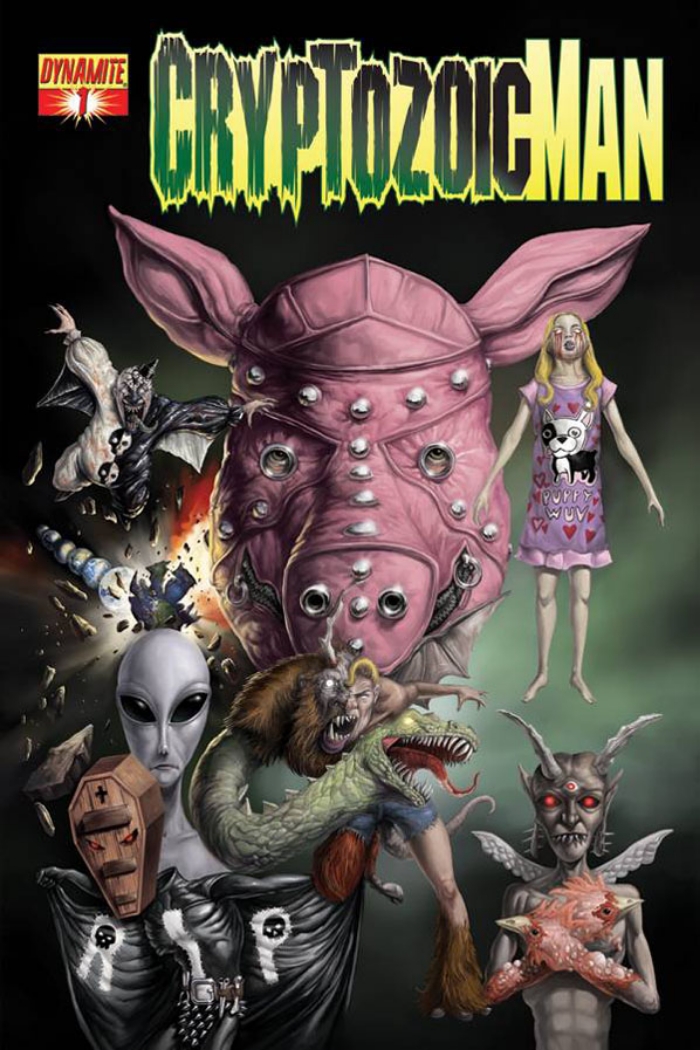 Dynamite Entertainment has provided us a preview of the new Cryptozoic Man comic.

You watched Stan “The Man” Lee pitch it on Season II of AMC TV’s “Comic Book Men”; Now, from CBM cast members Walt Flanagan and Bryan Johnson comes Cryptozoic Man. Alan Ostman, a middle-aged husband/father, sees his life quickly unravel when his daughter goes missing on a camping trip in the Pacific Northwest…Bigfoot country. After Gray aliens abduct him from a roadside bar, he learns that the fate of the world is dependent on trapping the world’s most legendary cryptids…not to mention defeating a psychopath in a pig-shaped leather bondage mask, Alan knows he has his work cut out for him.