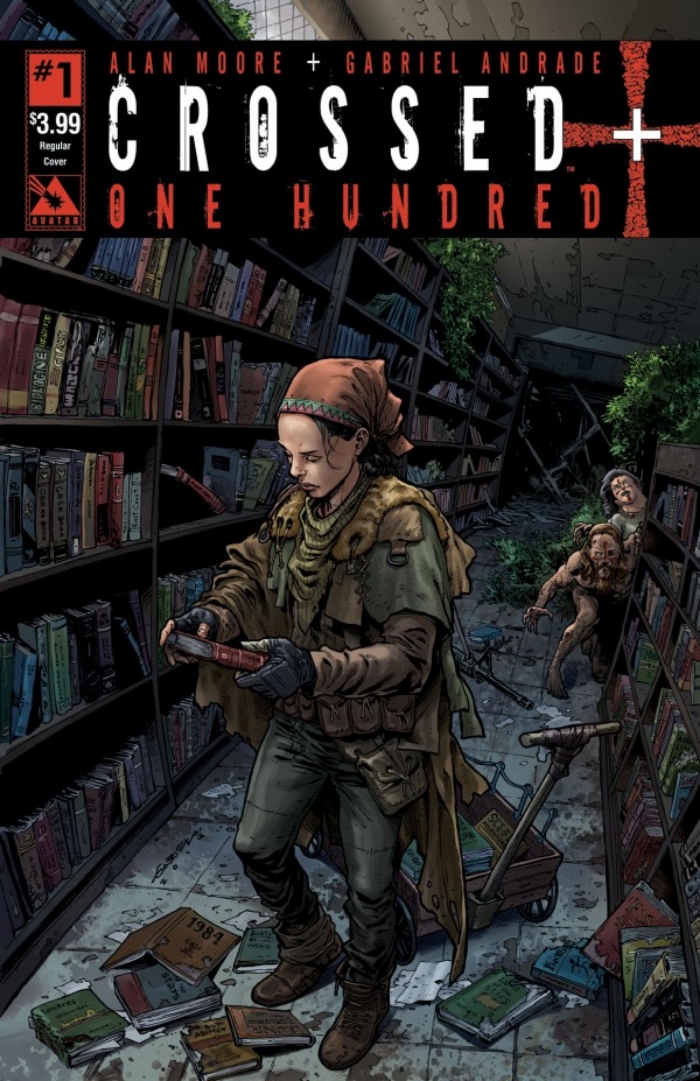 A six-part series spin-off of Garth Ennis’ sci-fi-horror series Crossed, takes place approximately 100 years after the original outbreak of a plague that reduces humanity to its most evil thoughts.

This features characters in a specific enclave of survivors, many of whom have never actually seen an infected Crossed individual and are seeking to build a future for themselves upon the ruins of the past. The natural world has returned to human cities in force, and humans are resorting to reclaiming basic technological advancements. Central to the narrative is Future Taylor, a female archivist intrigued by science fiction of the 20th and 21st centuries, and her struggling team of reclamation workers. When they encounter a small group of Crossed, they are troubled by the implications of proliferation from the violent and infected beings, and set out to uncover the mystery of why Crossed seem to be increasing and behaving unusually in the region. Is there really any hope for rebuilding human culture, or will the Crossed epidemic finally stamp out human evolution through the last of the straggling survivors?

Written by Alan Moore and art by Gabriel Andrade.