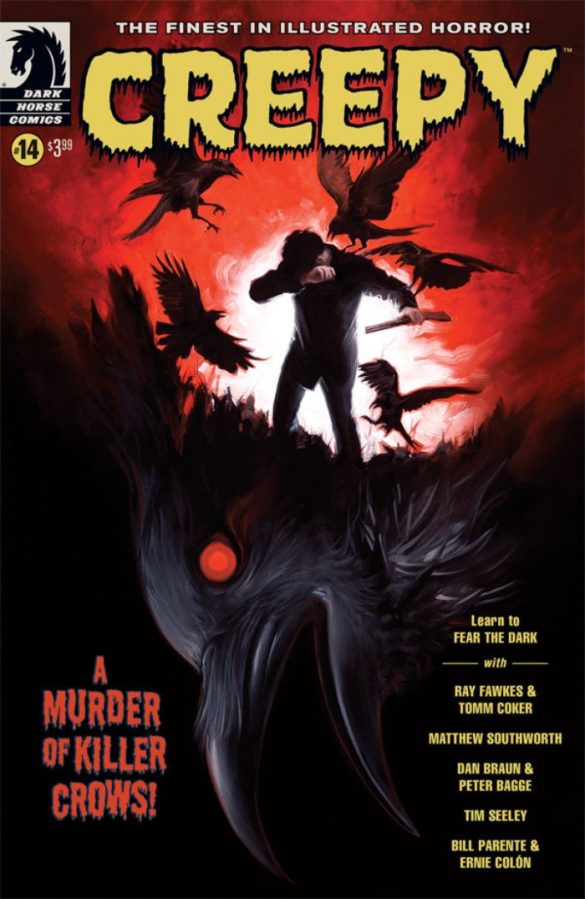 Dark Horse Comics has provided us a preview of the new Creepy Comics comic.

You can’t believe how many things there are to be afraid of! First, forget black cats — Ray Fawkes and Tomm Coker will make you terrified of blackbirds! And Matthew Southworth takes you further into the dark than you’ve ever imagined! Better learn to read from behind your fingers!