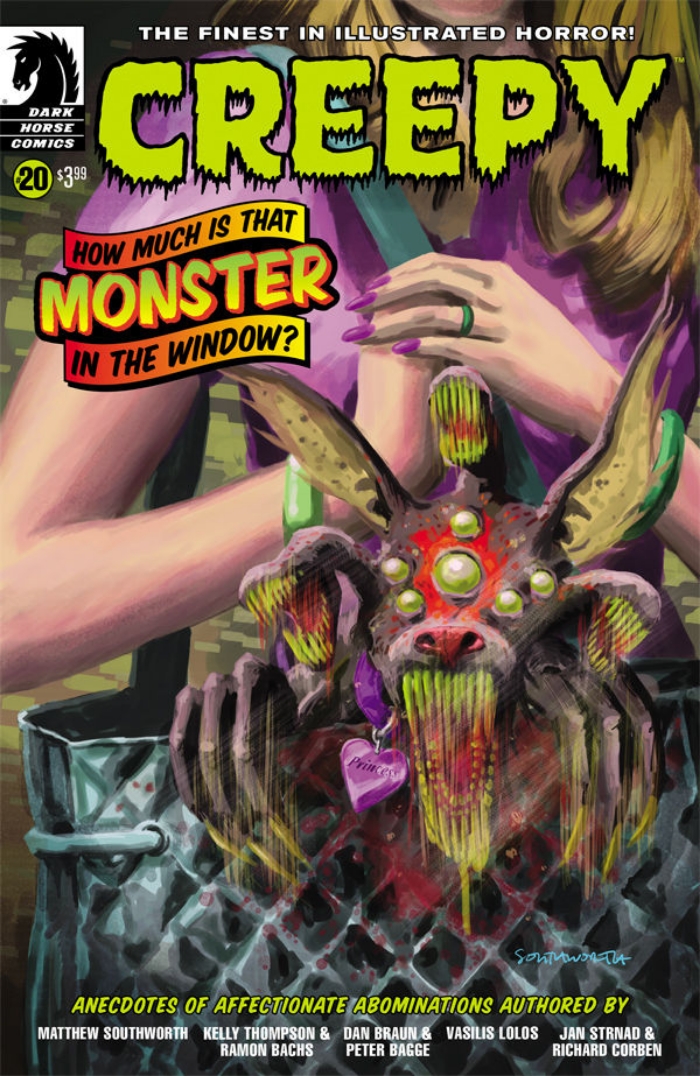 Dark Horse Comics has provided us a preview of the new Creepy comic.

Uncle Creepy opens up a pet shop of horrors this April!

Join us for housebroken beasts of the Felis, Canis, and monstrous varieties from such talented terror-tale tellers as Matthew Southworth, Kelly Thompson, Peter Bagge, and more!