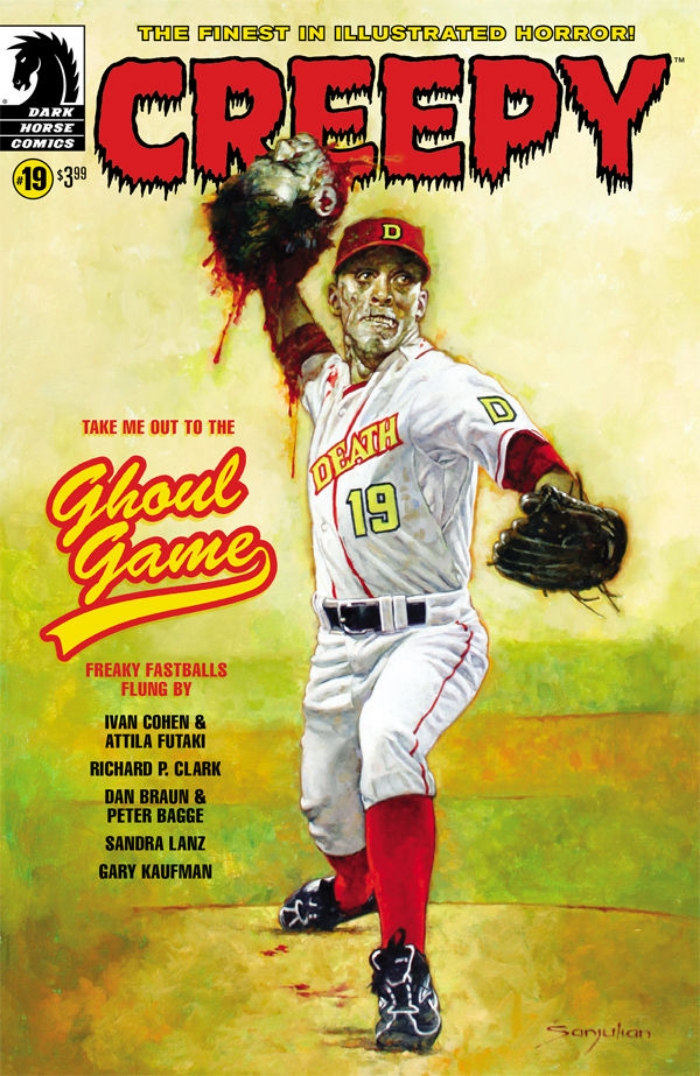 Dark Horse Comics has provided us a preview of the new Creepy comic.

Ring in spring with more thrills and chills than you can shake a baseball bat at! Featuring pugnacious paintings from Richard P. Clark (House of Gold & Bones) and brutal ball games from Ivan Cohen (Beware the Batman) and Attila Futaki (Severed), plus hilarious tales of the Creepy family from Peter Bagge and Dan Braun!