Only a few short years before the events of Stranger Things, the pop-culture-obsessed kids of Netflix’s hit show were surely tuning in to the iconic Sesame Street. Most would reasonably assume that’s where the connection between the two series stops. However, Sesame Street‘s official Youtube channel has launched a 6-minute parody video over the holiday weekend which samples numerous characters and scenes from Seasons One and Two of Stranger Things! Entitled, “Sesame Street: Sharing Things,” the video features everything from the series’ eerie opening text to a demogorgon-esque Cookie Monster.

You can watch the silly clip in its entirety below: 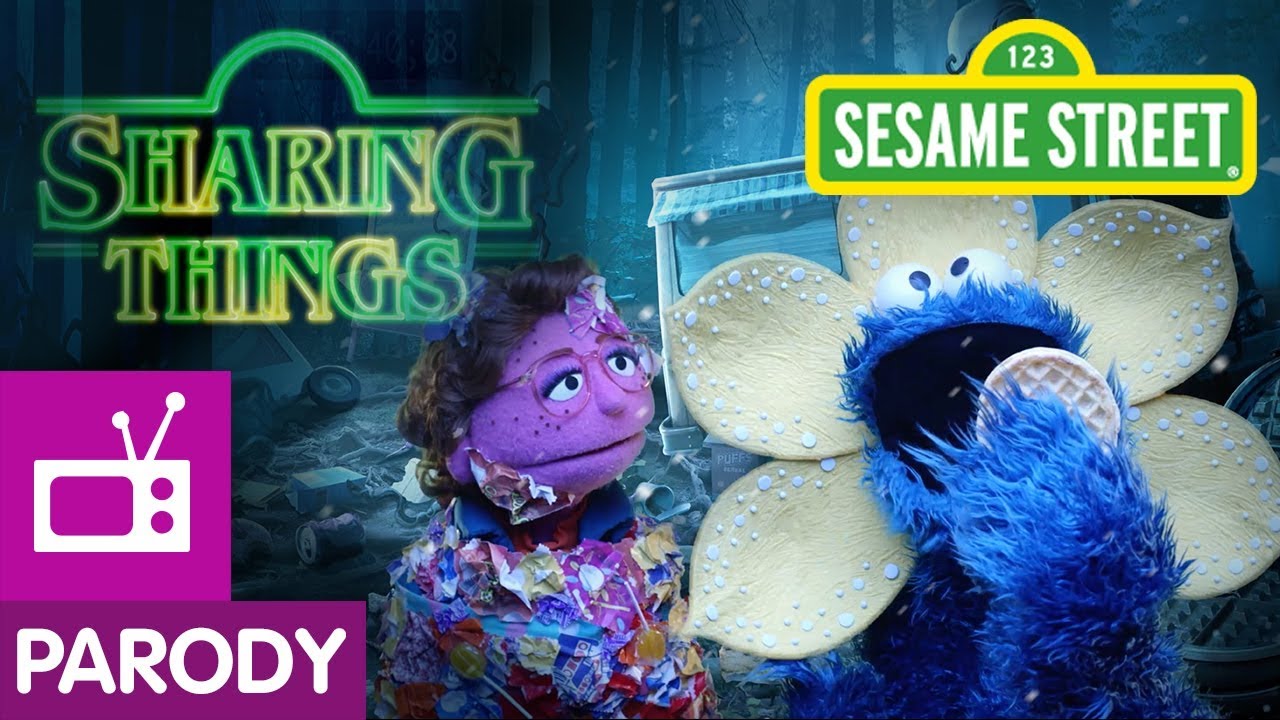 While Sesame Street doesn’t seem to share the same target audience as Stranger Things, the children’s series has tackled much more adult-oriented properties for parody pieces as of late. Back in 2015, the Sesame Street channel released a Game of Thrones parody entitled, “Game of Chairs,” and this October, the channel featured a parody of The Walking Dead entitled, “The Walking Gingerbread.” Our favorite puppets are all grown up!

Stay tuned to Horror News Network for more coverage of Stranger Things and unusual Sesame Street parodies of horror properties as they break!