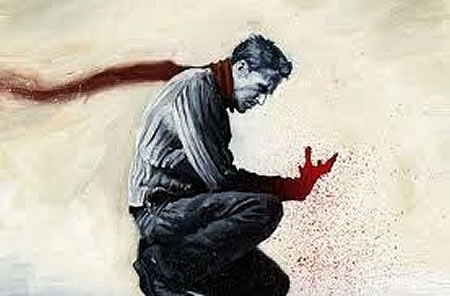 Crawl to Me Movie News

From Variety Exclusive:
“Life of Agony bassist Alan Robert is teaming with Spanish helmer Victor Garcia (“Mirrors 2”) and “The Orphanage” producer Rodar y Rodar, which is based out of Barcelona, for the bigscreen adaptation of “Crawl to Me,” Robert’s acclaimed IDW Publishing graphic novel.

T.J. Cimfel and David White penned the screenplay. Described as a character-driven psychological horror film, “Crawl” turns on a young couple that moves into an isolated rural house with their baby. They discover in the basement a mysterious but maniacally evil that forces them to question their relationship, faith and existence.

Written and illustrated by Robert, pictorially drawn, rave-reviewed and packing a big final reveal, the 2011 comic book miniseries of “Crawl to Me” was collected into a graphic novel which sold out within days of its publication by IDW in January 2012.”

Fans of the comics will want to keep their eyes on this one. We will keep you updated!