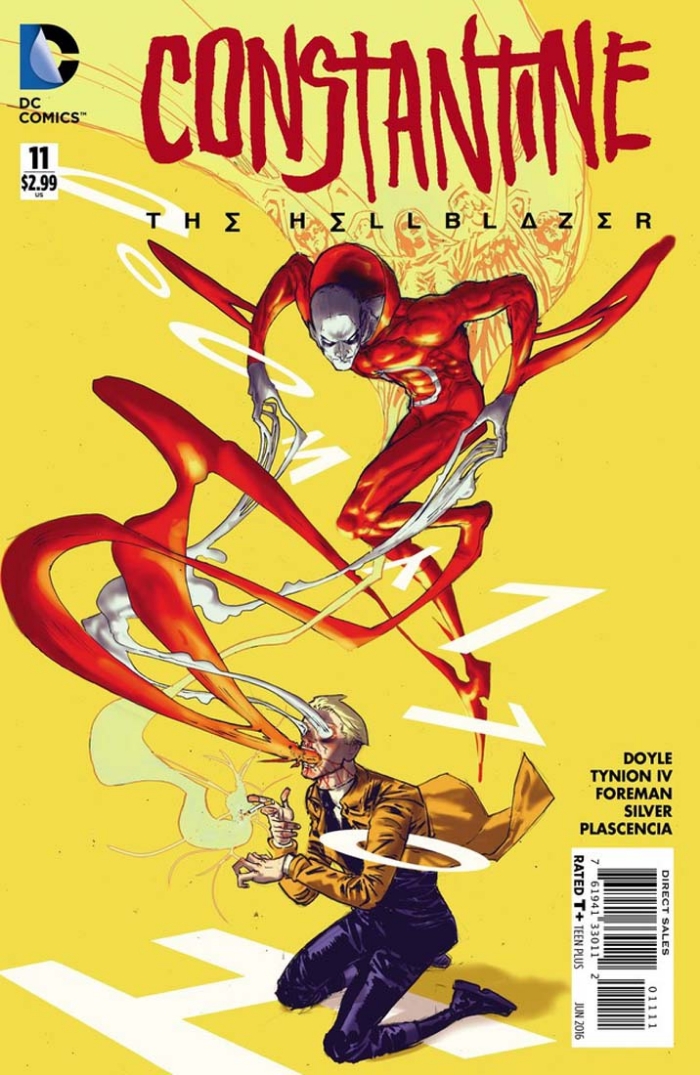 DC Comics has provided us a preview of the new Constantine: The Hellblazer comic.

Neron’s hostile takeover of New York City has left thousands of magical folk homeless, including John Constantine! But just when the Hellblazer has resolved himself to life as a refugee in Los Angeles, a relentless supernatural force attempts to compel him out of the City of Angels and back into the fight: Boston Brand, a.k.a. Deadman!