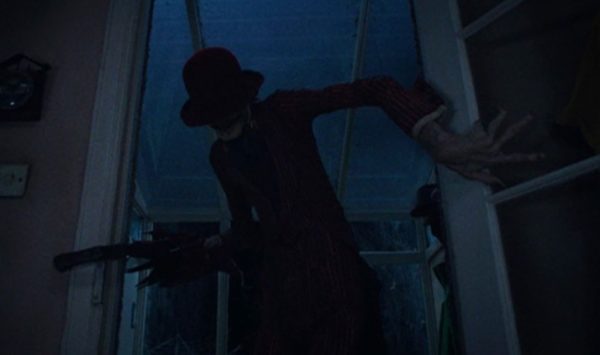 Warner Brothers/New Line shows no sign of slowing down when it comes to spinning off horror movies from their successful Conjuring franchise.

Next up: the slender, I mean Crooked Man!

The Hollywood Reporter broke the news today stating that “Mike Van Waes has been hired to pen the script from a story by James Wan, who serves as the chief architect of the Conjuring universe.” Van Waes has been on a winning streak of late and is “…reuniting with New Line, which previously scooped up his pitch for an original horror film set in the world of The Wizard of Oz. Van Waes has been on a roll when it comes to selling pitches and scripts over the past 15 months: His Black List spec Hammerspace is at Warner Bros., and he sold a book proposal called Peeves to Harper Collins, which was picked up by Fox Animation through Temple Hill.”

There’s no secret why Warner Brothers is continuing to go to the well on this franchise as “the success of the Conjuring films has spawned prequels and planned spinoffs in the creation of a hot horror universe. The first two Conjuring films and the prequel spinoff Annabelle have earned $897 million worldwide to date.”

Before we get a glimpse of that “tall ghostly drink of water”, fans will first get a chance to see Annabelle in action again on August 11th of this year in Annabelle: Creation. Following everyone’s evil doll is The Nun, due to be released next summer on July 18th, 2018.

What’s next?  A musical starring a young Ed Warren (Patrick Wilson) as an Elvis impersonator?  We can only hope…