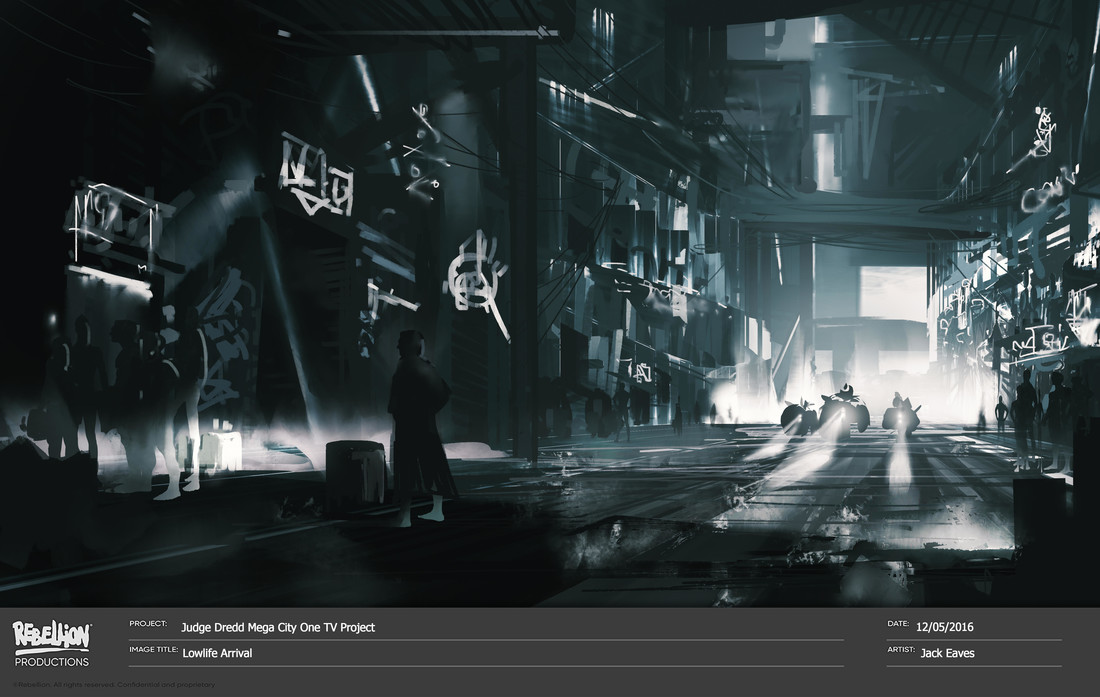 Exclusive concept art (obtained by IGN) for the “Judge Dredd Universe” television program Judge Dredd: Mega City One has been revealed and appears to capture the essence of the classic 2000 A.D. comic.

The two pieces of concept art, entitled “Democracy March” and “Lowlife Arrival”, perfectly capture the sprawling futuristic landscapes and the dirty under-belly that is difficult to see from the enormous high rises.

Along with the art work, fans of the recent Dredd film will be happy to hear that Karl Urban is interested in returning as Judge Dredd for the series.   Producer Jason Kingsley recently stated that “We have been in discussions with Karl about his possible involvement in Judge Dredd: Mega-City One for some time. These conversations continue but we’re keen, he’s keen – it’s just a case of us making sure this show is everything we want it to be.  This needs to be done right – the fans deserve it. Our team is working hard on scripts for the first season, creating engaging multi-thread storylines, one of which will be Dredd’s, but others which take us into the wider world of Mega-City One.”

Hopefully, Urban and Kingsley are able to come to an agreement, as Urban has expressed interest in reprising the role, most recently in the 2000 A.D. documentary Future Shock!

Although Kingsley is certainly creating a lot of buzz around Mega City One, he has also stated that “my best guess is that it’s at least two years away. But we’re so early in the process that things could happen a bit faster, or much more slowly.”

As of now, Mega City One is not formally attached to a network or streaming service, but if the recent scramble by streaming services to scoop up intellectual properties with brand recognition is any indication (such as the Millarverse and Robert Kirkman’s Skybound deals with Netflix and Amazon respectively), it should have no trouble finding a home soon.

Check out the “Democracy March” artwork below and stay tuned for further updates on this project and “all the horror news that’s fit to print” at Horror News Network. 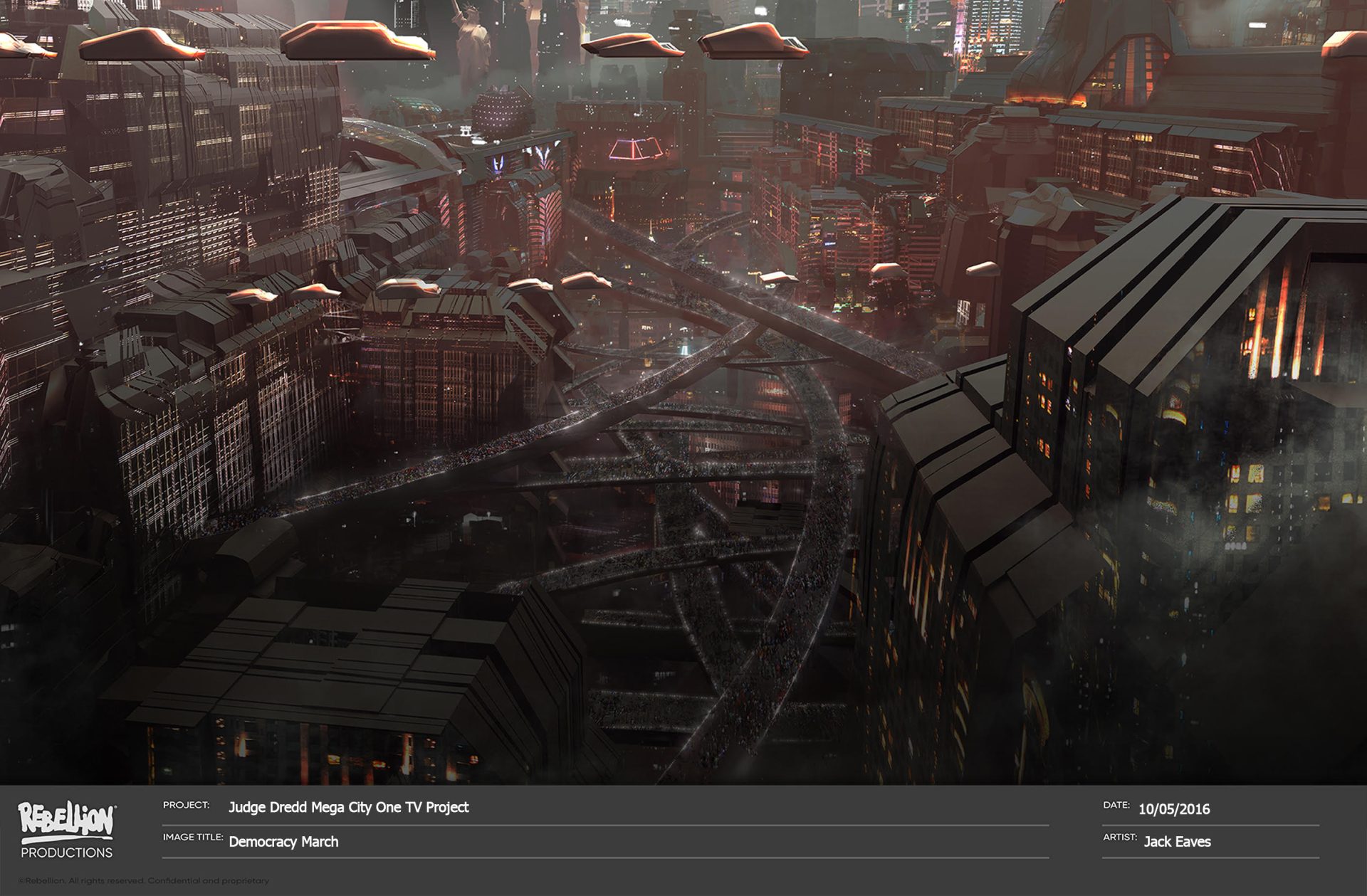