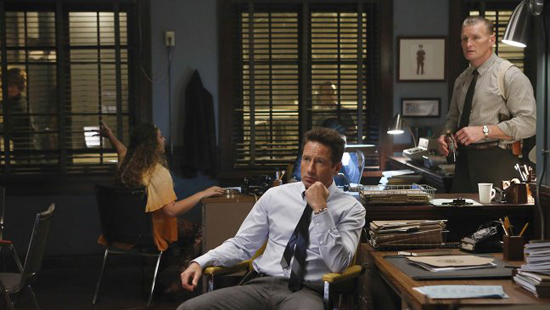 Complete ‘Aquarius’ Series on VOD and Streaming May 28

NBC is releasing the complete ‘Aquarius’ series on it’s premiere date May 28.  Using Netflix’s model, the straight-to-drama series will be available streaming on NBC.com, the NBC app and VOD.

NBC entertainment chairman Bob Greenblatt said “With Aquarius we have the opportunity to push some new boundaries to give our audience something no broadcast network has done before. We are fully aware how audiences want to consume multiple episodes of new television series faster and at their own discretion, and we’re excited to offer our viewers this same experience since all 13 episodes of this unique show have been produced and are ready to be seen. I appreciate the enthusiasm we’ve gotten from the producers of the show and our partner Marty Adelstein of Tomorrow Studios to launch this series in a new, forward-thinking way.”

This is the first time a broadcast series will be released in full online while the original episodes are still airing on TV.  After it’s two hour premiere on May 28, new episodes will continue to premiere weekly at 9 p.m.   The complete series will only be available online for four weeks starting May 28.  Two versions of the series have been cut. The streaming version is less broadcast friendly and push the envelope more than the broadcast version.

‘Aquarius’ is a period piece that takes places in 1967 Los Angeles just prior to the Manson Murders.  It centers around homicide detective Sam Hodiak (David Duchovny) and co-stars Emma Dumont, Grey Damon and Gethin Anthony.