Jim Starlin is bringing his considerable storytelling powers to the horror genre.

Starlin–an Eisner Award Hall of Famer with Shazam and Inkpot Awards on his shelf–has authored a horror one-shot for AfterShock Comics, according to a report on screenrant.com. Check out the provocative cover art on this page.

The 64-page comic–Midnight Rose–is illustrated by Nikkol Jelenic (A Taste for Killing), lettered by Dave Sharpe and colored by DC Alonso, with Jelenic rendering the main cover and Starlin handling the variant cover. The horror book will be available in print and digital forms April 13.

AfterShock declined to provide a detailed outline of the story, but did say it was a “bizarre story of vengeance” and a “journey through the life of a singular, frightening and very human creature.”

Starlin said the comic will have a “flower theme” running through it, adding that Jelenic, who is also a floral arranger, helped inspire the story. This is not the first time this writer-artist team has worked together, and Jelenic said it was “amazing” to collaborate with Starlin again.

Starlin–who began his prolific comic book career back in the 1970s–is perhaps best known for his work as writer and artist on such standout Marvel Comics characters as Adam Warlock, Thanos, Captain Marvel, Drax the Destroyer and Gamora, as well as The Infinity Gauntlet storyline. For Epic Illustrated, he also created an original character, Dreadstar.

One of AfterShock’s new titles–Maniac of New York–recently received Horror News Network’s 2021 Best Mini-Series of the Year Award. That comic is written by Elliott Kalan and illustrated by Andrea Mutti. 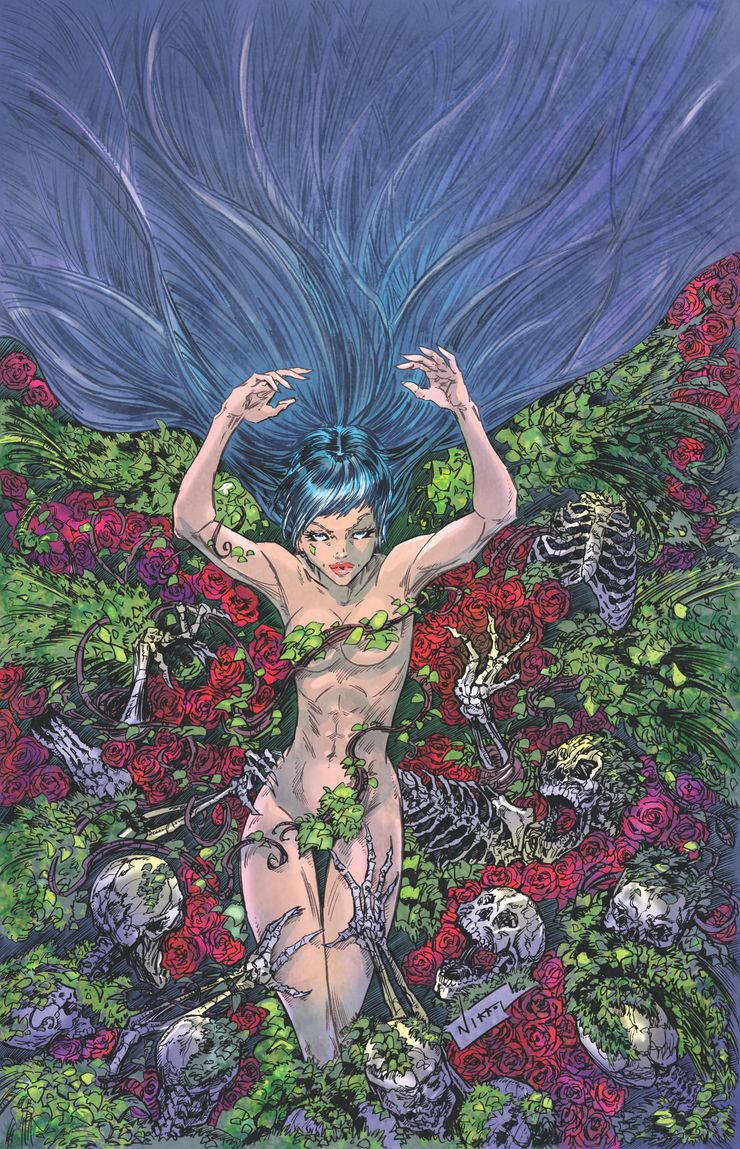