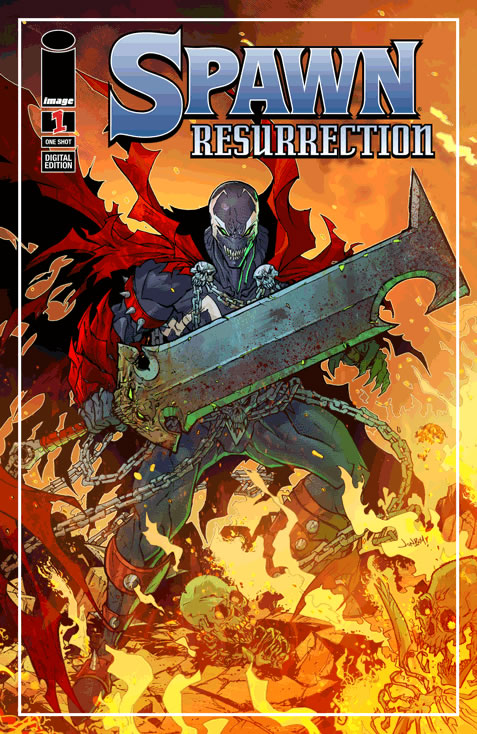 Your pull list this week can include meat, potatoes, and a side of SPAWN. This should help serve as a jumping on point so anyone looking to pick up this long-running series should take note!

NEW TEAM! NEW DIRECTION! The return of Al Simmons, and the start of a brand new era for SPAWN! No one quite knows where Al’s been all this time, but it’s clear he’s come back a changed man. Wiser, stronger, and with the memories from an experience that’s he’s still struggling to understand. Tucked away in a crime-ridden corner of New York City, he’s beginning to forge new alliances, preparing defenses, and testing out his newly acquired powers… because there’s a battle coming, and it’s something that makes the Heaven/Hell thing seem like a petty squabble. So just who did Al piss off so badly while he was away?

Paul Jenkins has replaced Brian Wood to be the next writer of SPAWN. Comics veteran Jenkins will be joining previously announced artist Jonboy Meyers starting with SPAWN: RESURRECTION, before the team takes over the regular series with SPAWN #251! From Image Comics.