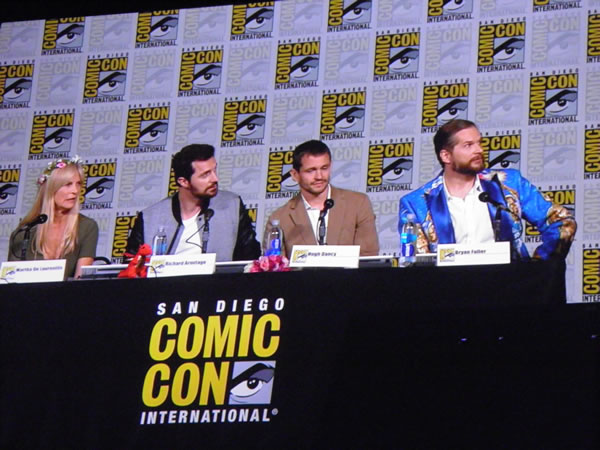 The Fannibals were out and fairly emotional with the likely end of the show looming. There was a lot of talk of the cancellation, but Fuller did note that they were looking into making the show a feature! This made the Fannibals very happy, as well as the talk of how little clothing Richard Armitage wears throughout the show.

Something to listen for is coming up. Siouxsie and the Bashees did a song that we will hear in the season finale. It will be sad for all, but let’s remember how great it has been. Hopefully one day we will get to see Hugh and Mads on a stage together at SDCC.

CCI Panel Synopsis: Your company is requested at a grand soiree in honor of esteemed colleague Dr. Hannibal Lecter. Prepare to be delighted by stories of European travels, friendships renewed, and culinary feasts as told by executive producer/creator Bryan Fuller, executive producer Martha De Laurentiis, and star Hugh Dancy. Be the first to witness beautiful new works by artiste extraordinaire Francis Dolarhyde (Richard Armitage), as well as a few other surprises along the way. Bon appétit, Fannibals!