While horror fans wait for Tom Holland to complete the direct sequel to his 1985 vampire thriller Fright Night, how about a comic book to while away the time?

American Mythology Productions has been given the green light by Holland to produce a sequel comic book series to the film, as reported by JoBlo.com. The first issue of the comic–entitled Fright Night: Dead by Dawn–is scheduled to hit comic book shops Nov. 24. Check out the cover of the premiere issue on this page.

The comic–from writer James Kuhoric and illustrator Cyrus Mesarcia–will pick up one year after the events of the original film, and will follow a group of do-it-yourself vampire hunters chasing the undead. The group, as explained, consists of “horror movie icon-turned-late night TV host Peter Vincent, teenage horror fan Charley Brewster and his girlfriend Amy Peterson.”

The original Fright Night–written and directed by Holland–follows Charley Brewster, who finds out that his next-door neighbor is really a vampire. Not surprisingly, no one believes him, so he enlists the help of a TV show host who acted in films as a vampire hunter to help him.

The film–starring Chris Sarandon, William Ragsdale, Roddy McDowall, Amanda Bearse and Jonathan Stark–earned $25 million on a budget of $7-$9 million and grew to cult classic status through the years.

Fright Night gave birth to a 1988 sequel (Fright Night Part 2), a 2011 remake and another film–Fright Night 2: New Blood–in 2013. In addition, Holland confirmed late last year that he is working on a direct sequel to the original entitled Fright Night: Resurrection.

Keep reading Horror News Network for all updates on everything Fright Night. 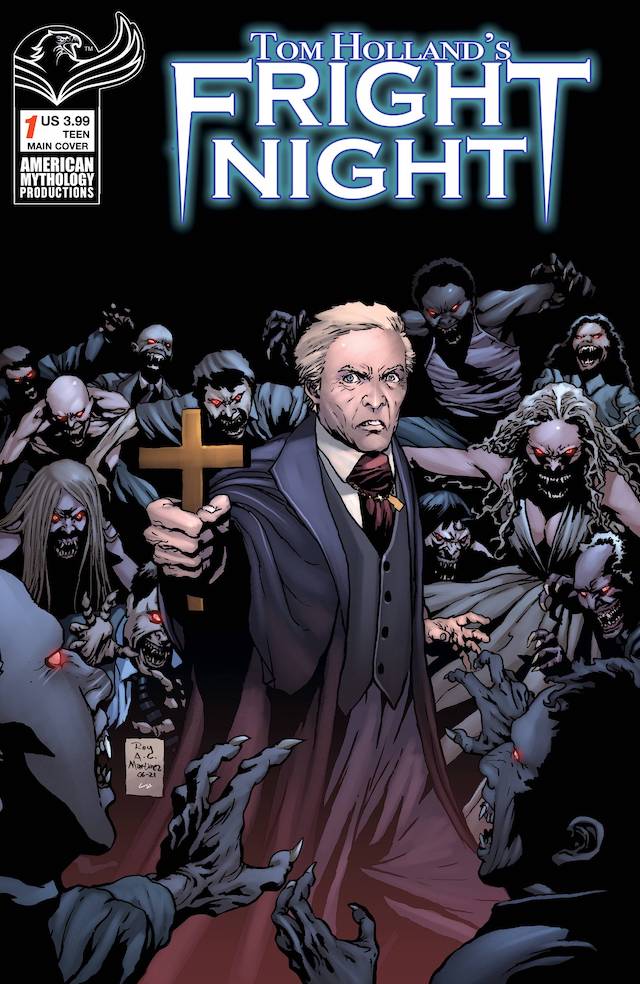