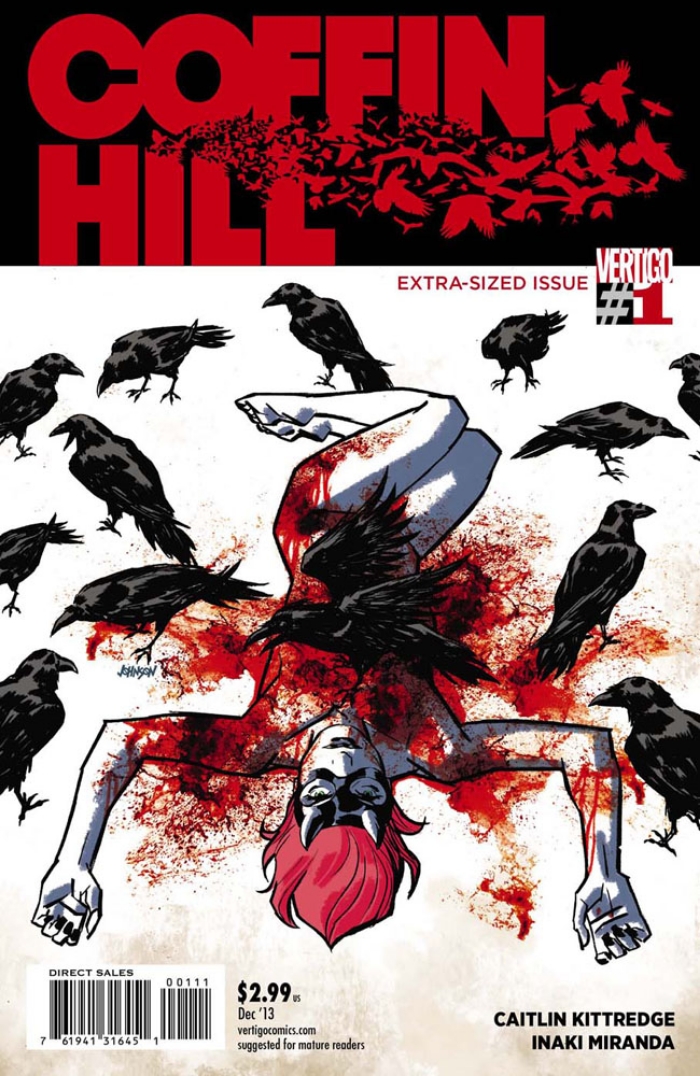 Synopsis: Following a night of sex, drugs and witchcraft in the woods, Eve wakes up naked, covered in blood and unable to remember how she got there. One friend is missing, one is in a mental ward-and one knows that Eve is responsible.

After a stint as a Boston cop that ends in a bullet wound and unintended celebrity, Eve returns to Coffin Hill, only to discover the darkness that she unleashed ten years ago in the woods was never contained. It continues to seep through the town, cursing the soul of this sleepy Massachusetts hollow, spilling secrets and enacting it’s revenge.

Our Thoughts: “Coffin Hill” is novelist’s Caitlin Kittredge’s first foray into the world of comics.  She appears to make the transition from writing novels to comics a smooth one. In issue #1, Kittredge pretty much lays out the back story of Eve Coffin and her family’s storied past.  Drawing on the rich history of the Salem witch trials, and deep New England culture, the intrigue is immediately built in for Eve’s past to come back and haunt her.

The artwork by Inaki Miranda complements the story with vivid colors and deep and dark tones to go along with the story.  Horror comic fans will be more than satisfied at the sinister and bloody images Miranda serves up.  The plotline itself is pretty cut and dry.  However, Kittredge’s weaving of the back story, along with Miranda’s imagery, leaves the reader wondering about issue #2.