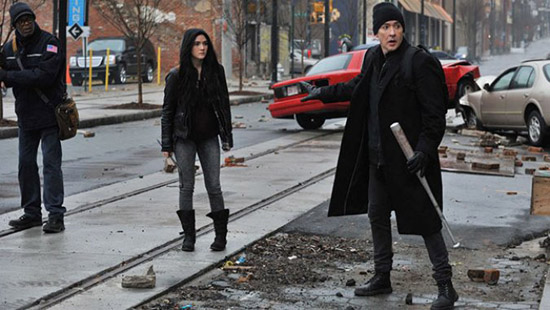 Clarius Entertainment has picked up the U.S. rights for the upcoming film ‘Cell’, which stars John Cusack and Samuel L. Jackson. The Benaroya Pictures and Genre Company film is directed by Tod ‘Kip’ Williams. Based on Stephen King’s novel, the film co-stars Isabelle Fuhrman and Stacy Keach. The apocalyptic horror film is about a powerful signal which re-programs cell phone user’s minds after being spread via mobile networks across the world. Clay Riddell (Cusack),  searching for his wife and son, accompanied by a group of survivors, head through New England while fending off menacing “phoners.” Clarius hopes to release the film later in 2015. King, along with Adam Alleca and Mark Leyner who revised, wrote the screenplay for the film based on his 2006 novel. The long list of producers for the film include Michael Benaroya, Richard Saperstein, Brian Witten, Shara Kay, and John Cusack, to name a few.