Chucky: Slash & Dash is now available worldwide on the App Store for $0.99 (or the local equivalent). People who download the game now can take advantage of a limited-time offer, getting Tiffany as a playable character and the special Gold Knife for free.

The game is described as:
Chucky renews his quest to seek revenge in a never-ending nightmare in which he’s endlessly running through the factory that produces Good Guys dolls. Players will control Chucky while sprinting through the factory floor, the catwalks, the warehouse, or even outside, and will need to avoid conveyor belts, forklifts, acid pools, barrels and other obstacles. Chucky can also eliminate enemies patrolling the factory using his classic knife or other more outlandish weapons in the arsenal. As they play, gamers will collect batteries that can be used to acquire in-game items or power-ups, such as a double battery bonus, a fast start, or extra lives that can extend a run after dying. 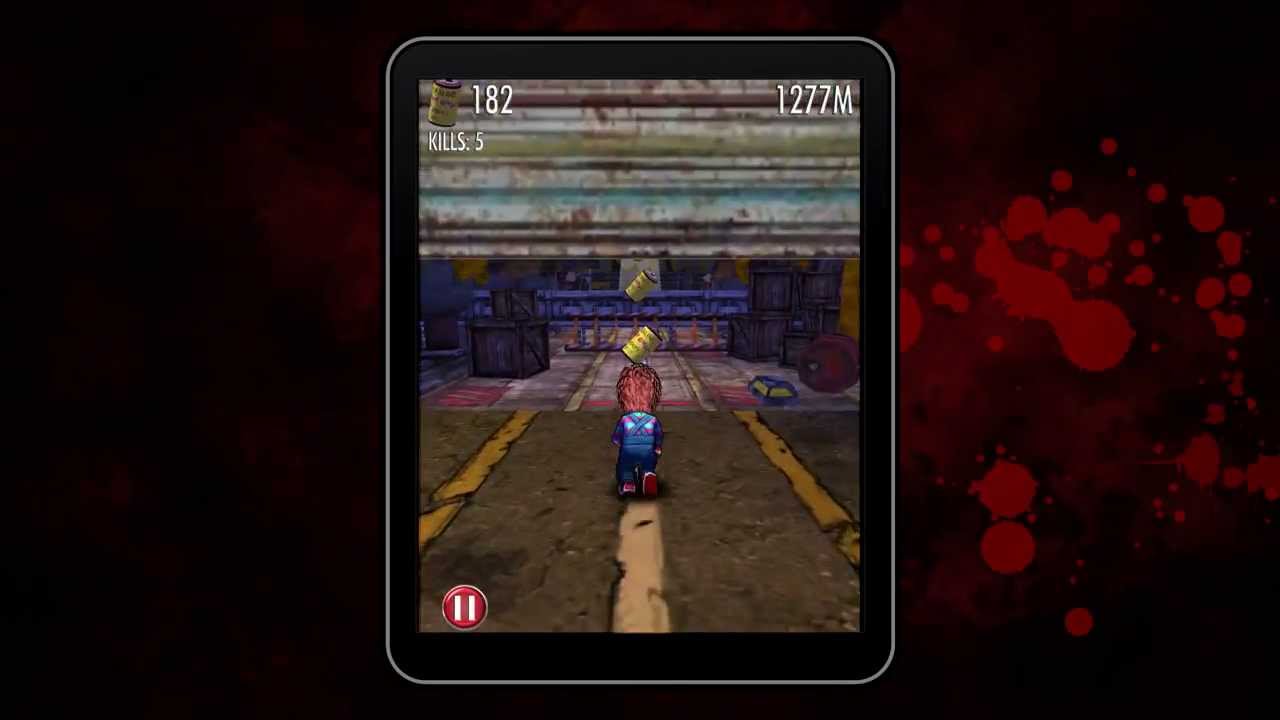