‘Chucky’ Season 1 Knifing Its Way To Blu-Ray In April

Lock up the cutlery–Chucky is paying a visit.

The first season of Chucky–which aired last year on Syfy and USA–will be available on Blu-ray April 12, according to a report on JoBlo.com, and the episodes will come with deleted scenes and a featurette called The Legacy of Chucky.

The show–which picks up after the bloody events in 2017’s Cult of Chucky–starts when a vintage Chucky doll is found at a suburban garage sale, and a series of horrific murders “begin to expose the town’s hypocrisies and secrets.”

The original 1988 Child’s Play–directed by Tom Holland from a screenplay he wrote with Mancini and John Lafia–spawned six sequels, a 2019 reboot, comic books, video games and a tidal wave of collectibles.

The cinematic series–which has topped the $182-million mark in box office receipts–earned a Saturn Award for Best Horror Franchise.

Keep reading Horror News Network for updates on Season 2 of Chucky on Syfy and USA. 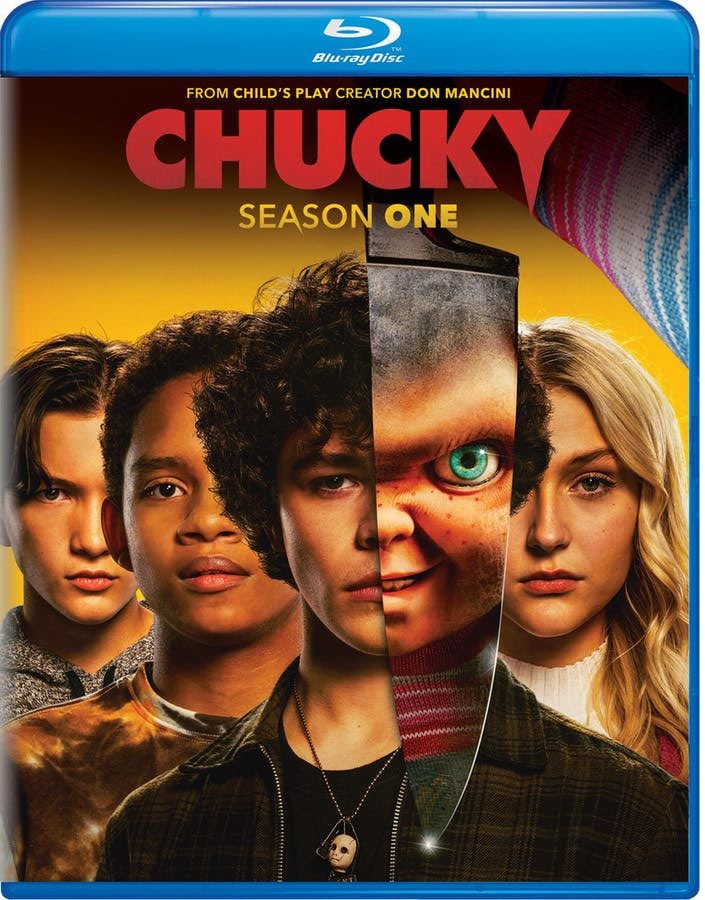