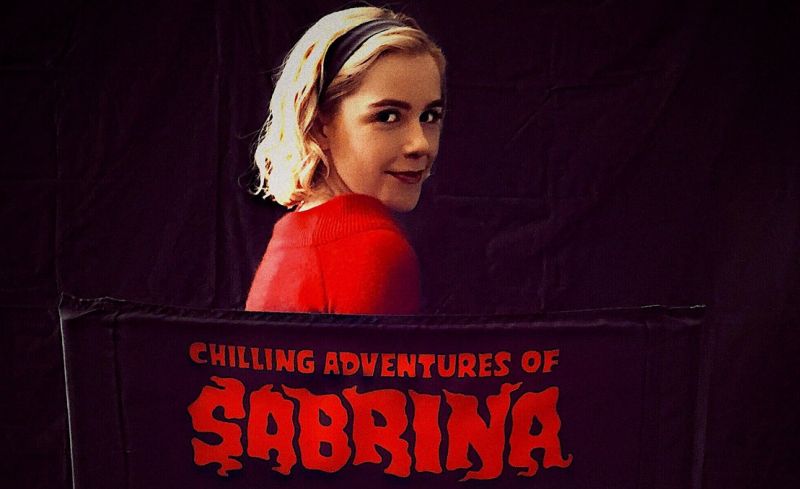 ‘Chilling Adventures of Sabrina’ Will Debut on October 26 on Netflix

Netflix made a splash at their TCA (Television Critic’s Association) presentation today as they revealed the October 26 start date for the Chilling Adventures of Sabrina, and it only took nine Sabrinas to do so.  As you can see from the tweet below, nine Sabrina look-a-likes spelled out the start date on their vintage letter-man jackets, ending all speculation as to when the series would be coming to the streaming network.

As reported earlier in the year by HNN,  “The Netflix series is based on the 2014 comic book mini series (also written by Aguirre-Sacasa) and if the source material is any indication, this series will more closely resemble classic horror films, rather than the light-hearted Melissa Joan Hart sit-com which aired from 1996 to 2003.”  It is also been reported that the series has already received an order for a second season, so the network has high hopes for the series.

If you are a fan of Riverdale, it is unclear if there will be any connection between the two series, since they do air on two different networks (Netflix is currently streaming seasons one and two of Riverdale however).

Stay tuned for more the official HNN review of Sabrina and everything else in the world of horror.