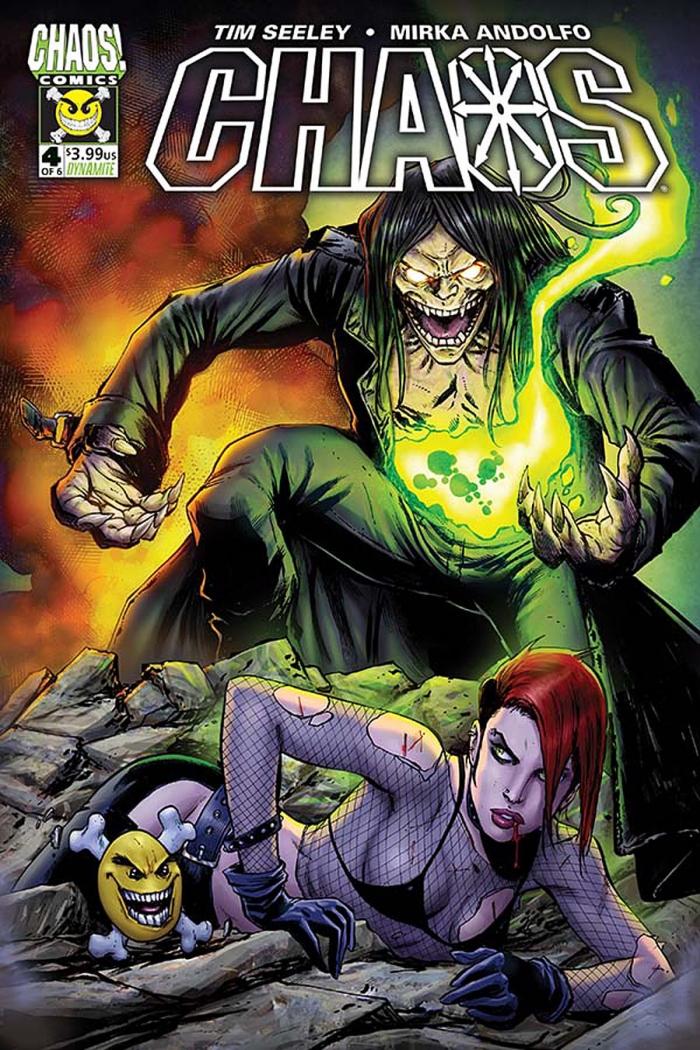 A war for the fate of the world has erupted between Mistress Hel, and the vampire queen, Purgatori! The vampire-assassin, Chastity has a new target—homicidal super-zombie, Evil Ernie! It’s a brutal, take-no-prisoners brawl between Chaos!’s favorite undead deathdealers, as reality takes one step closer to total Choas!