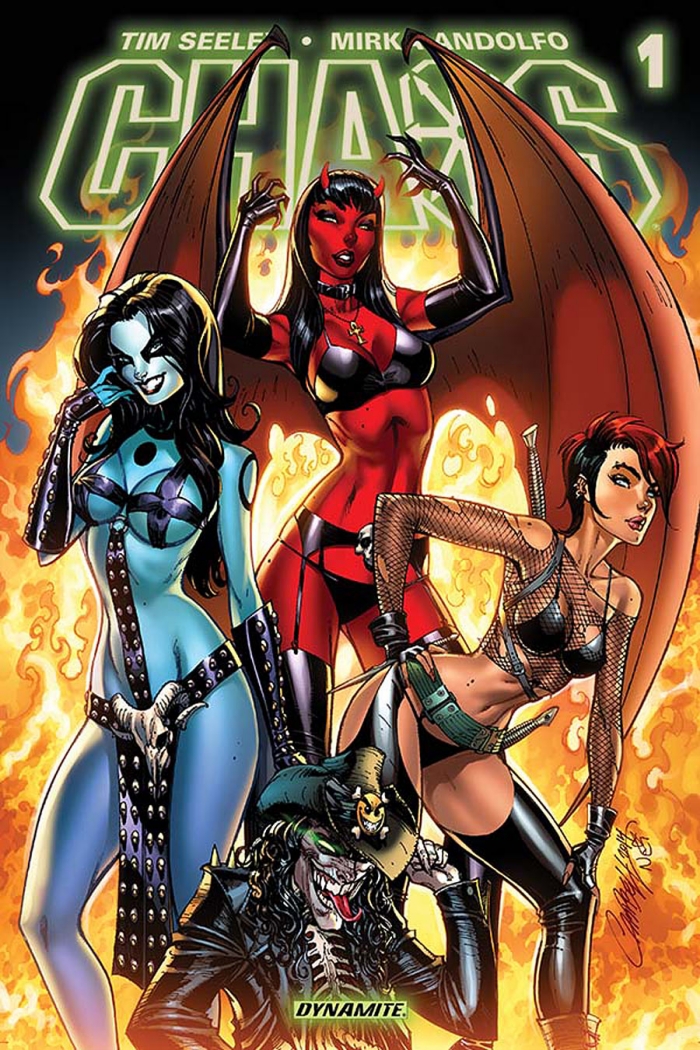 Celebrate Chaos! 20th anniversary and Dynamite Entertainment’s 10th anniversary in 2014! The horror-heroes of the Chaos! Universe return in an epic event! A shared vision of the Apocalypse sets the blood goddess Purgatori, the supernatural serial killer Evil Ernie, the vampire assassin Chastity and the outcast teen heroes of the team known as The Chosen on a collision path with each other! As claws, blood and blades fly, only one outcome is assured: Total CHAOS!