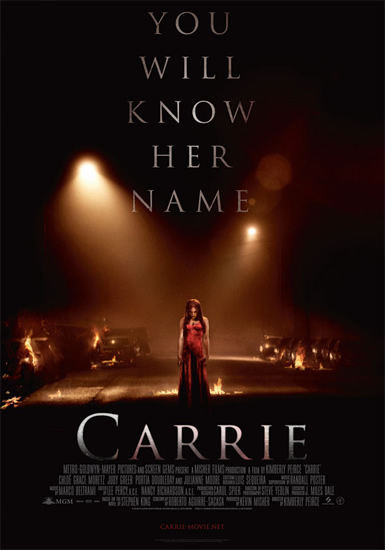 The official international trailer for “Carrie” has been released. I know there’s a lot of skepticism about remakes, however, by the looks of the trailer, Julianne Moore and Chloe Moretz seem to deliver the goods.

Synopsis: A reimagining of the classic horror tale about Carrie White (Chloë Grace Moretz), a shy girl outcast by her peers and sheltered by her deeply religious mother (Julianne Moore), who unleashes telekinetic terror on her small town after being pushed too far at her senior prom.