Carnage–the scarlet symbiote who’s been making life miserable for Eddie Brock/Venom lately on the big screen–is celebrating 30 years of his Marvel Comics existence next year, and the publishing giant is marking the occasion with a special one-shot Carnage Forever No. 1, according to a report on cbr.com. Check out the striking cover by Kendrick Lim on this page.

The comic–slated to hit comic book shops Feb. 23, 2022–will also usher in a brand-new Carnage ongoing series that will kick off next March.

Carnage Forever No. 1 is written by Phillip Kennedy Johnson, Ram V and Ty Templeton and illustrated by Edgar Salazar, Templeton and other artists.

Johnson–a self-professed “huge fan” of horror stories–said writing about the “unbridled violence and terror of Carnage” has been a “complete thrill” for him. In this one-shot issue, Johnson said Carnage makes “an unexpected bond with a very unexpected kind of character, with all the grisly consequences Carnage fans have come to expect.”

Of course, Carnage has already made his mark on the Silver Screen with Venom: Let There Be Carnage, which hit theaters with a bang early last month. The Andy Serkis-directed movie hit the $100-million mark at the box office in just five days, and recently became just the second film in the pandemic era to top the $200-million plateau in the U.S. and Canada.

The Marvel Comics Carnage character was introduced in 1992 in The Amazing Spider–Man No. 361, eight years after Venom made his four-color debut in the same Spidey title. 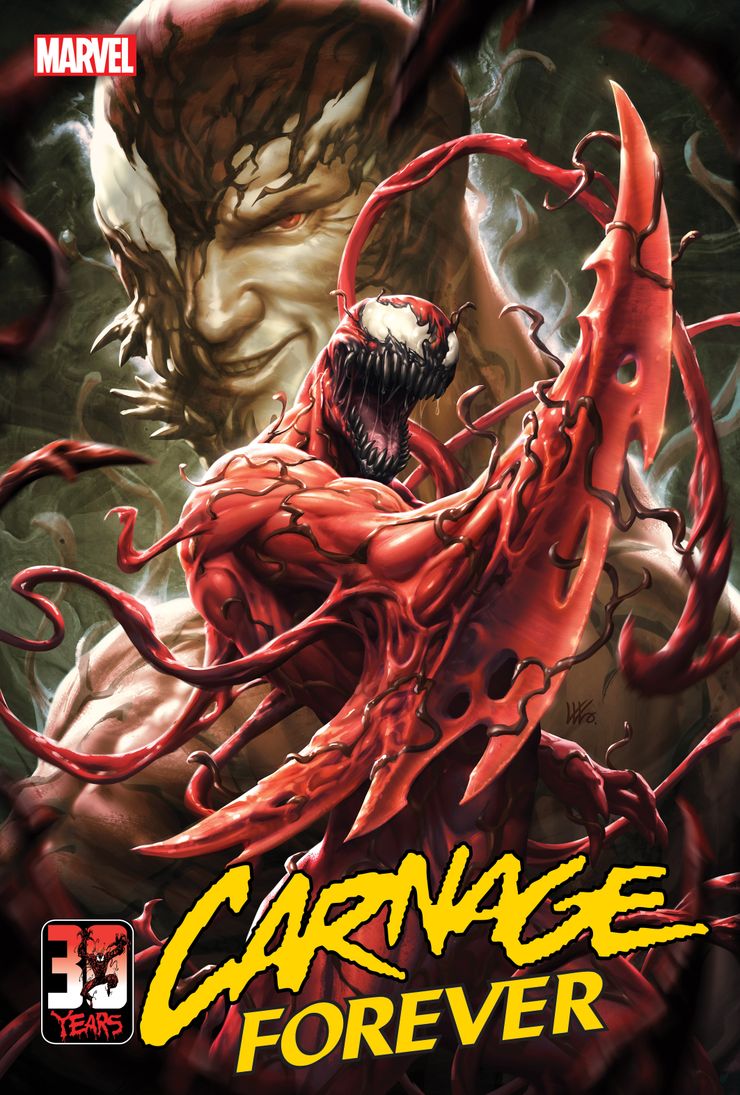 Carnage Comes To “Life” With New Bust From Queen Studios

Sony Unveils New Trailer For ‘Venom: Let There Be Carnage’