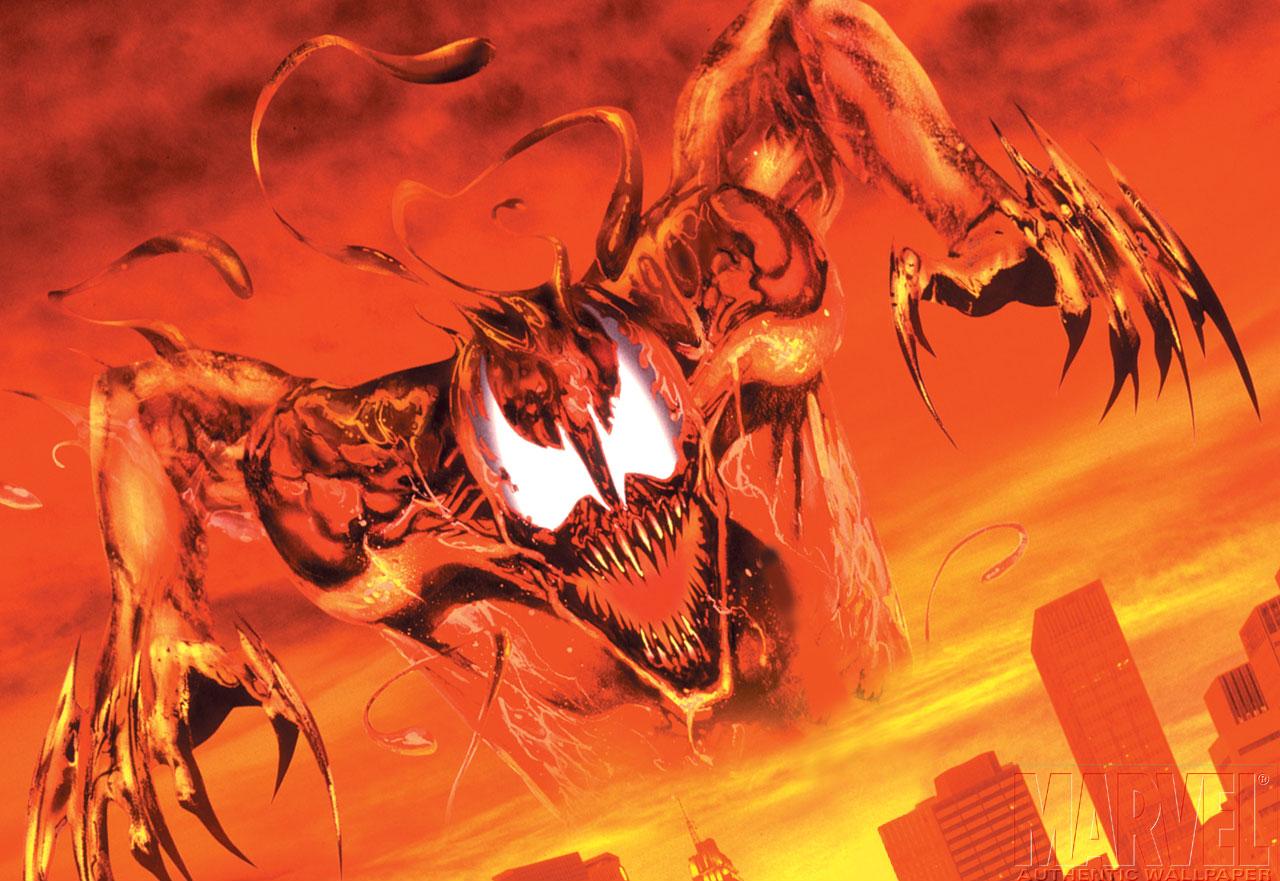 Carnage to be Featured Villain in Upcoming ‘Venom’ Movie

Marvel and Sony are currently hyping the impending release of Spider-Man: Homecoming to the multiplex. According to the early buzz, it’s “oh so fun” and better than the disasters known as Spider-Man 3, The Amazing Spider-Man, and The Amazing Spider-Man 2. In the midst of the carefully controlled corporate message about the great pleasure Sony took in handing over all creative control to Kevin Feige, the troubled studio revealed who the villain will be in it’s upcoming Venom movie (a film they’ve got to make on their own), starring Tom Hardy. According to THR, the bad guy duties will go to the other symbiote-enhanced maniac of the Spider-Man universe… Carnage!

Carnage first entered the world of Marvel comics in 1992, an era marked by superheroes with long hair and trenchcoats, where everything was designed to be more radical and bodacious than anything else that came before. The character was presented in books and video games in a manner which screamed, “Thought Venom was a wild and crazy guy? Wait’ll you get a load of this dude!”

If this announcement gives you pause for concern, just remember: It’s starring Tom Hardy. In The Dark Knight Rises, he turned Bane (another 1990’s abomination) into a compelling character. This man is not known for selecting bad roles or acting in bad movies. Let’s remain cautiously optimistic!

At this time, there is no other information about Carnage’s role in the film or potential actors who might play him. There is, however, the lingering suggestion that Tom Holland’s Spider-Man may be nowhere to be found in this upcoming movie based on his most famous adversaries. Here’s how THR put it:

“As for the expansion plans, Tom Hardy is starring in Venom… which will also feature the villain Carnage. A source says Holland is only contractually obligated to Spider-Man 2 and 3, but the intention is to bring him into the spinoffs and possibly other Marvel films (he is currently shooting Marvel’s Avengers: Infinity War).”

We should know more details on this project relatively soon… the project has been fast-tracked and it’s currently scheduled to hit theaters on October 5th, 2018.

Stay tuned to Horror News Network for more details on Venom as they break!