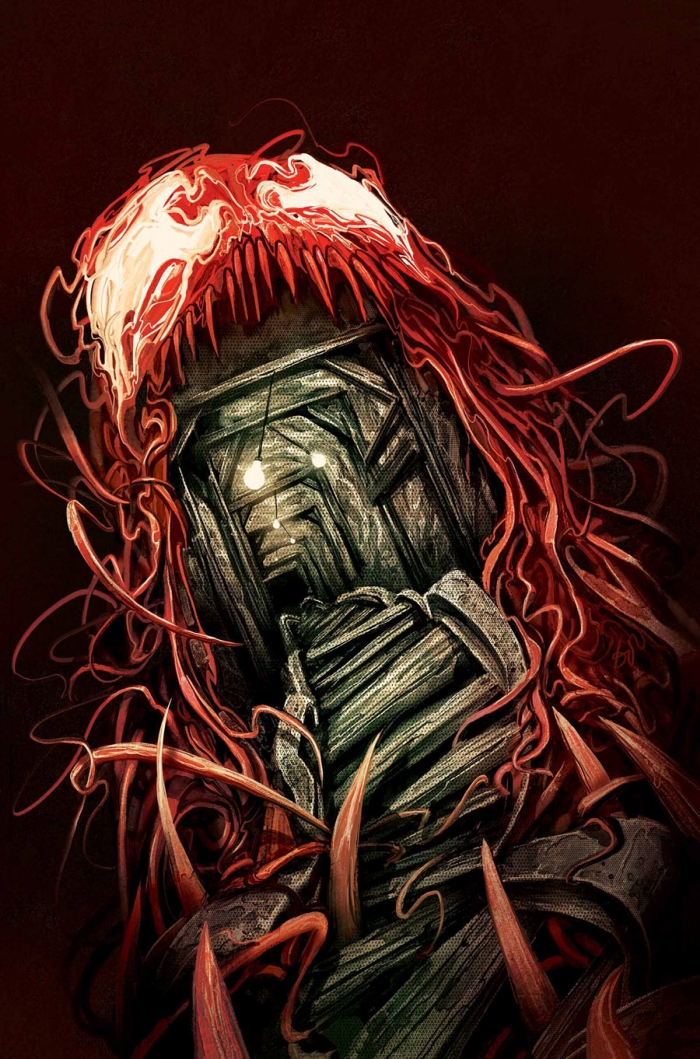 Marvel Comics has provided us a sneak peek of the new Carnage comic.

Get ready to scream!

Carnage, the homicidal symbiote is back, and he’s leaving a trail of bodies behind him. The FBI is hot on his trail, with a different playbook since their serial killer is a super villain. They’re equipped with the latest sonic tech and a team including military hero/astronaut John Jameson and a reformed Eddie Brock/Toxin! But when Carnage escapes into an abandoned coal mine, the FBI’s plan is starting to look like a trap… for THEM!