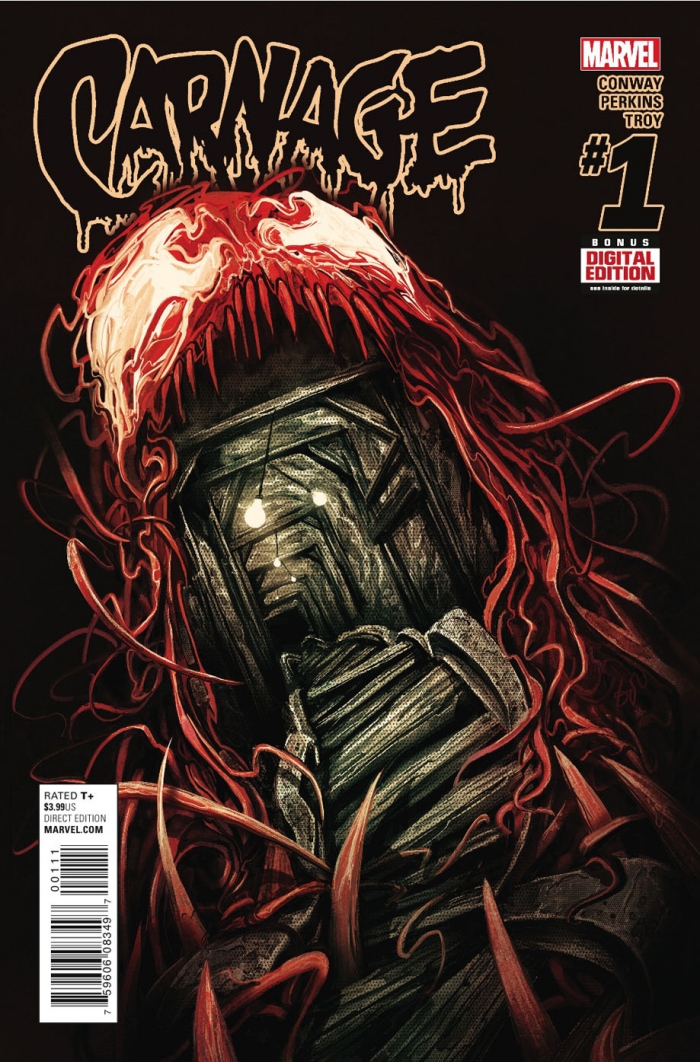 Marvel Comics has provided us a preview of the new Carnage comic.

Cletus Kasady leaves a trail of bodies in his wake. But the FBI is hot on his trail. A specially equipped team comprised of military hero/astronaut John Jameson, a reformed Eddie Brock/Toxin and more — they’re ready to put an end to Carnage’s reign of terror once and for all. But when Carnage escapes into an abandoned coal mine, the FBI’s plan is starting to look like a trap..for them.