Carmine Capobianco Passes Away At 62

Earlier this morning, Psychos in Love and Galactic Gigolo actor Carmine Capobianco passed away after a long battle with cancer. His brother announced the news via Carmine’s Facebook account.  Capobianco co-wrote the cult classics, along with Cemetery High with his friend Gorman Bechard. He remained active in the genre over the years appearing in many independent films, including several from indie director James Balsamo. He was also a prolific character actor who appeared in everything from Hallmark movies to soap operas.

Born in Waterbury, Connecticut in 1958, Capobianco was a staple of the local Connecticut horror community and CT HorrorFest. Even during his cancer treatments, Carmine, and his humor, would always show up and still be present.  As one of the more colorful and lovable characters in the genre, Carmine will be greatly missed.  Capobianco was 62 and leaves behind three daughters and a son, as well as many friends. 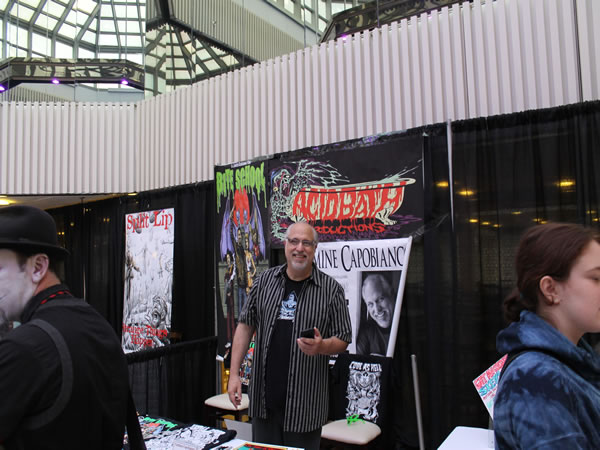