The third Candyman entry is getting a facelift with bonus features.

Candyman: Day of the Dead may not be the best-reviewed (or best-loved) of the classic horror series, but it is available now on Blu-ray and Digital as part of Liongate’s Vestron Video Collectors’ Series.

Candyman: Day of the Dead (1999)–directed by Meyer from a screenplay he wrote with Septien–stars Todd, Robert O’Reilly and Donna D’Errico. The film follows Caroline, a descendant of the Candyman–the spirit of the murdered son of a slave who kills those who invoke him–who finds herself targeted by Candyman on the eve of the Day of the Dead.

The original 1992 Candyman–written and directed by Bernard Rose–stars Todd, Virginia Madsen and Xander Berkeley. Based on Clive Barker’s short story The Forbidden, the film follows a Chicago graduate student who discovers the urban legend of the Candyman. Generally well-received by critics and horror fans, Candyman earned $26 million on a $9-million budget.

Keep reading Horror News Network for all updates on the Candyman franchise. 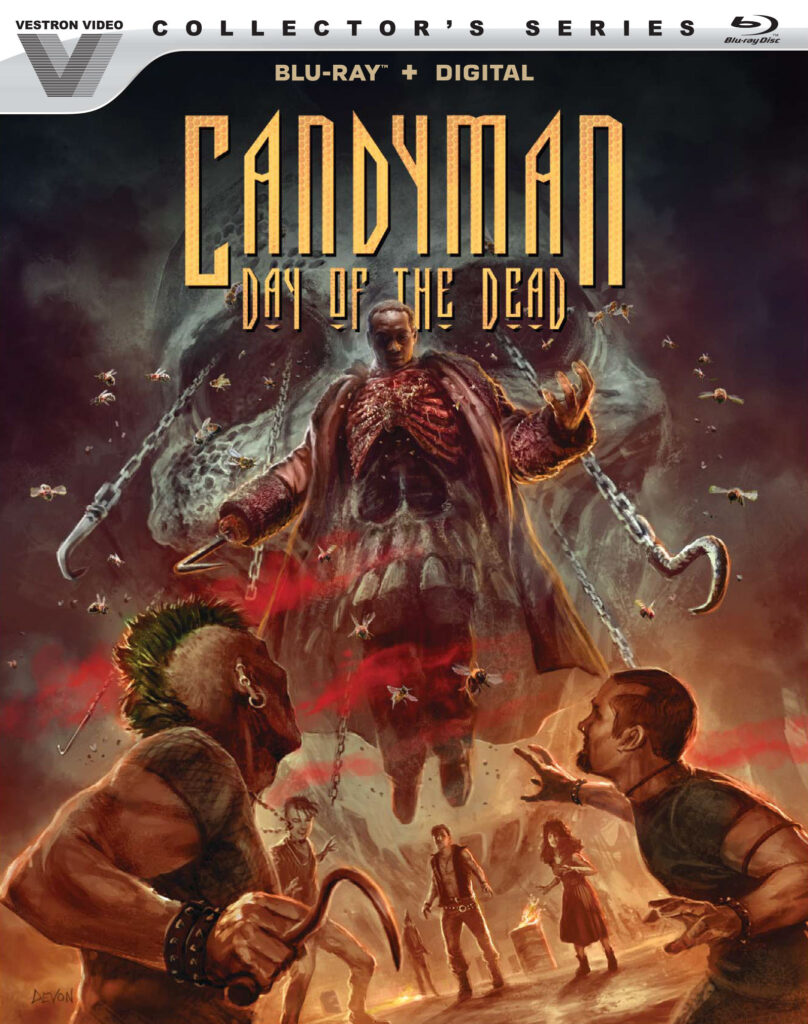