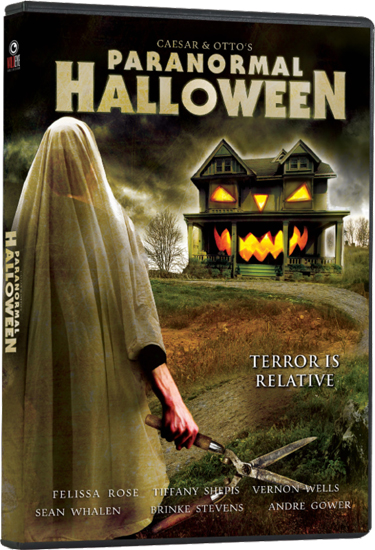 It’s Halloween Eve and Caesar and Otto find themselves housesitting for the world’s most unpopular Governor, Jerry Grayson (MacFarlane). But after a series of ghostly visions, strange phenomenon and a demonic possession, the half-brothers call upon renowned exorcist Father Jason Stieger to help put a stop to this new nightmare. But in this house, nothing is what it seems and everyone is fair game for the mysterious forces at work.

The DVD release of Caesar and Otto’s Paranormal Halloween will exclusively include two feature length commentaries with director Dave Campfield, cast and crew, The Son of Piggyzilla shorts trilogy, a tribute to Robert Z’Dar, trailers and other videos.