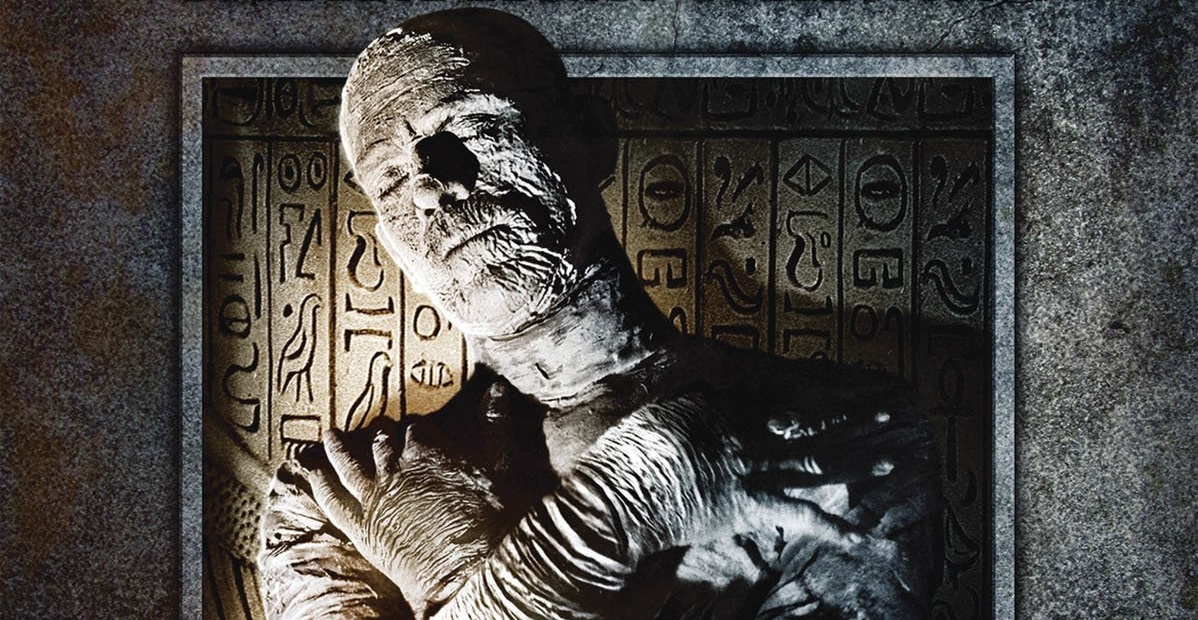 Welcome to Horror News Network’s Buy / Wait / Rent, a monthly article devoted to the most highly-anticipated horror releases on blu-ray. Here you will find the best home video releases of each month, along with our opinion on whether each film is a must-own on the first day of release, something you should wait to buy until it goes on sale, or something you’re better off renting for a one-time watch. And now, on to the notable new releases of May 2017! 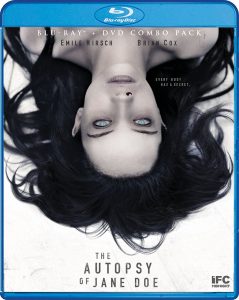 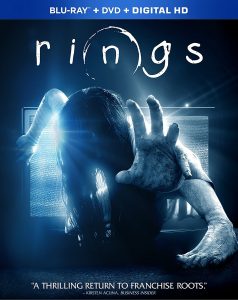 I recommend rentals for both of May 2nd’s big releases for two very different reasons. Horror News Network’s own Larry Dwyer called The Autopsy of Jane Doe (one of the) “best horror films of 2016… maybe even the best.” The film has a very high score of 86% on Rotten Tomatoes. Better yet, the disc could be owned for less than $13 on its release date. The reason I recommend a rental first is due to the intensity of the film. Viewers who prefer a less shocking horror experience should give this a test spin before dusting off a permanent spot on the shelf. I recommend a rental for Rings simply because it’s an objective disaster. It earned an impressively bad score of 6% on Rotten Tomatoes, and even major fans of the series will likely find little to enjoy about this film. If you have to watch this one, give it a rental. 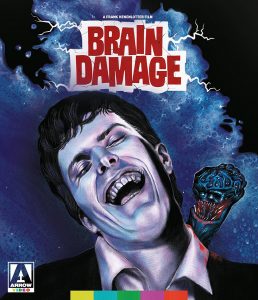 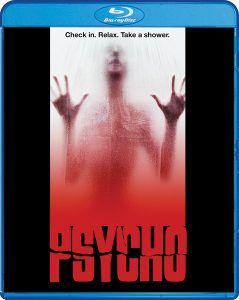 The folks over at Arrow Video have been digging through the vaults of cinema to bring us high quality transfers of some popular works and forgotten gems of the past. Some of these films are “must-own” discs on day one for a wide range of collectors. Others are targeted towards a more niche audience. 1995’s Brain Damage falls in the latter category. Despite it’s terrible reputation, it’s kind of surprising that 1998’s Pycho remake has never hit blu-ray. The film is a cautionary tale for all studio remakes, reminding us that even if a remake uses all of the same shots from the original film it still won’t be nearly as good. Both of these discs have high release date prices to boot, so it’s a good idea to hold out for a better price somewhere down the line. 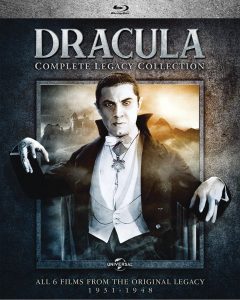 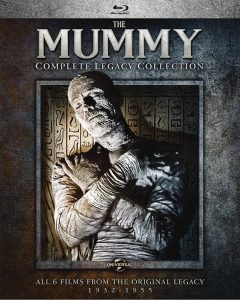 All of those rentals earlier in the month will surely allow you to splurge on the most important releases of May! Universal’s Dracula and The Mummy Complete Legacy Collection sets will offer all of the original films featuring these classic creatures from the 1930s to the 1950s. Just like 2016’s Frankenstein and The Wolf Man sets, fans can expect high quality transfers of the films along with a plethora of wonderful special features. Buy them! 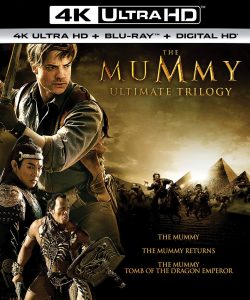 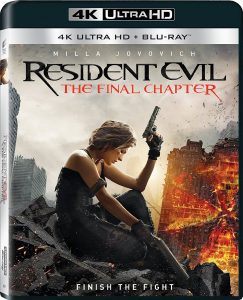 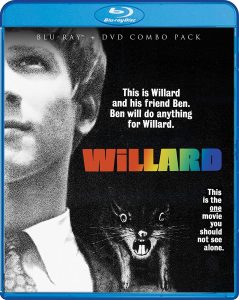 Universal’s reboot of The Mummy hits theaters on June 9th of this year, so it’s no wonder they’re raiding the back catalog for these May releases. They’re offering up an “Ultimate Trilogy” of the The Mummy series from the late 90’s/early 00’s. Some younger fans may have fond memories of these popcorn flicks, but they haven’t aged particularly well. Milla Jovovich’s Resident Evil franchise has been running for nearly as long and the films have managed to earn money against a relatively small budget time and time again. Casual fans who want to check out the supposed conclusion to the series should spring for a rental. Both titles offer UHD releases for those with the equipment who are eager for more material and would rather have quantity over quality. Shout! Factory’s Willard blu-ray offers a new (downconverted) 4k scan and a variety of special features, but the high release date pricing suggests this one’s worth a rental until there’s a sale somewhere down the line. 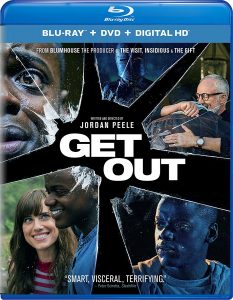 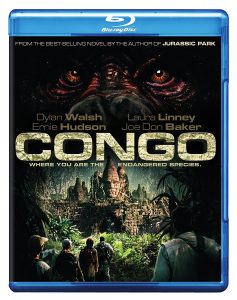 Get Out took the nation by storm this year, earning nearly $173 million domestic against a budget of just $4.5 million and becoming the second highest grossing R-rated horror film of all time. The film also earned copious dedicated coverage and praise on Horror News Network, quickly beating out Doctor Strange to become HNN staffer Nick Banks’ favorite topic to write about! It’s safe to say that every horror fan should have this title in his or her collection. The studio knows this, and the release date pricing is kind of high because of it. Normally I’d suggest that you wait for a sale, but this one’s worth a little indulgence. Speaking of indulgence… Michael Crichton’s Congo has been out of print for a couple of years and the disc regularly commands a high resale price in the secondary market. Fortunately for fans who missed out the first time, Parmount is re-releasing it at an affordable price. Fans who want a copy should pick this up now instead of losing out again! 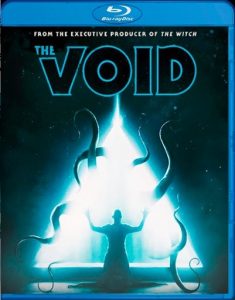 The Void offers Lovecraftian horror storytelling for fans who are looking for something a little different from what the big studios are putting out. Despite the small budget and limited theatrical release, the movie scored well with critics, earning a 74% score on Rotten Tomatoes. Its blu-ray release is a limited edition offered exclusively through DiabolokDVD.com. The film is also available for streaming as a rental on all of the big providers, which I recommend due to the limited availability of the physical media release. 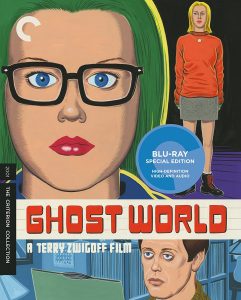 Okay… this one’s not exactly a horror movie, but it does say “ghost” in the title! Criterion always offers high quality treatment for their releases and preorder prices for Ghost World rival sale prices that won’t be available for a couple more months. After all of those shocks and thrills in the month of May, take a moment to enjoy this 2001 Scarlett Johansson, Thora Birch, and Steve Buscemi classic. You’ll be happy you chose it over The Mummy: Tomb of the Dragon Emperor!