Welcome to Horror News Network’s Buy / Wait / Rent, a monthly article devoted to the most highly-anticipated horror releases on blu-ray. Here you will find the best home video releases of each month, along with our opinion on whether each film is a must-own on the first day of release, something you should wait to buy until it goes on sale, or something you’re better off renting for a one-time watch. And now, on to the notable new releases of July 2017! 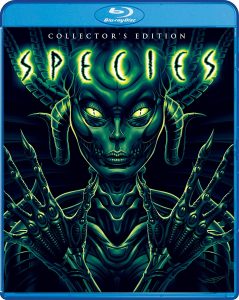 Species has been available on blu-ray (for a low price) for quite some time. The new Shout Factory release offers a new 4K scan of the film and some new bonus features. The release date price is a little high on this one; so unless you absolutely want the slipcover which will only ship with the first printing, you might want to hold out for the eventual sale. 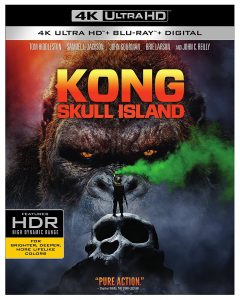 Kong: Skull Island is the first movie to debut after Warner Bros. announced plans to build the franchise towards an ultimate showdown between its titular beast and Godzilla. The studio is offering it in both 3D and 4K UHD formats for those who own the technology, and both formats tend to offer some of the best pricing during the first week of release. Best Buy is offering a steelbook version which contains the blu-ray disc, the 3D disc, and the 4K UHD disc for a nominal increase in price. I expect it to be rare, but it will ultimately be the greatest value. 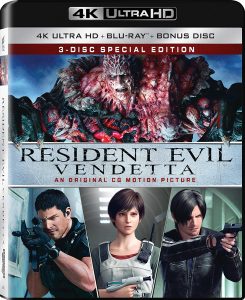 The CGI Resident Evil movies haven’t been particularly great, and Vendetta isn’t likely to cause you to change your mind about the series. This one features numerous fan-favorite characters like Chris and Leon, so give it a rental if you’re interested in the source material and want to check this one out. 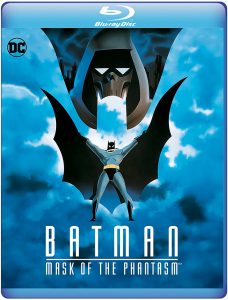 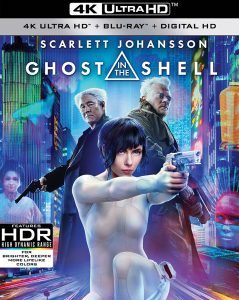 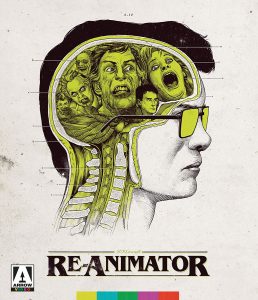 July 25th will bring three titles I plan on adding to my collection for various reasons. However, due to the high release date pricing on all three titles, I recommend that casual viewers wait for a sale. Batman: Mask of the Phantasm is one of the earliest examples of the dark and gritty nature of the 1980’s comics made their way over to the cartoon format. There would be no animated Killing Joke if this picture hadn’t come along and opened the door. The live-action Ghost in the Shell debuted to poor reviews and heated discussion, both of which rarely focused on the film itself. I enjoyed it and I expect this one to really shine in the 4K UHD format. Re-Animator is a classic that deserves a spot on every horror fan’s shelf. Like Species, this one has also been available on blu-ray for a long time, though. While there’s no doubt that Arrow Video is going to offer the highest quality transfer ever available for this movie, casual fans should wait for the standard edition of this title to drop to a lower price.