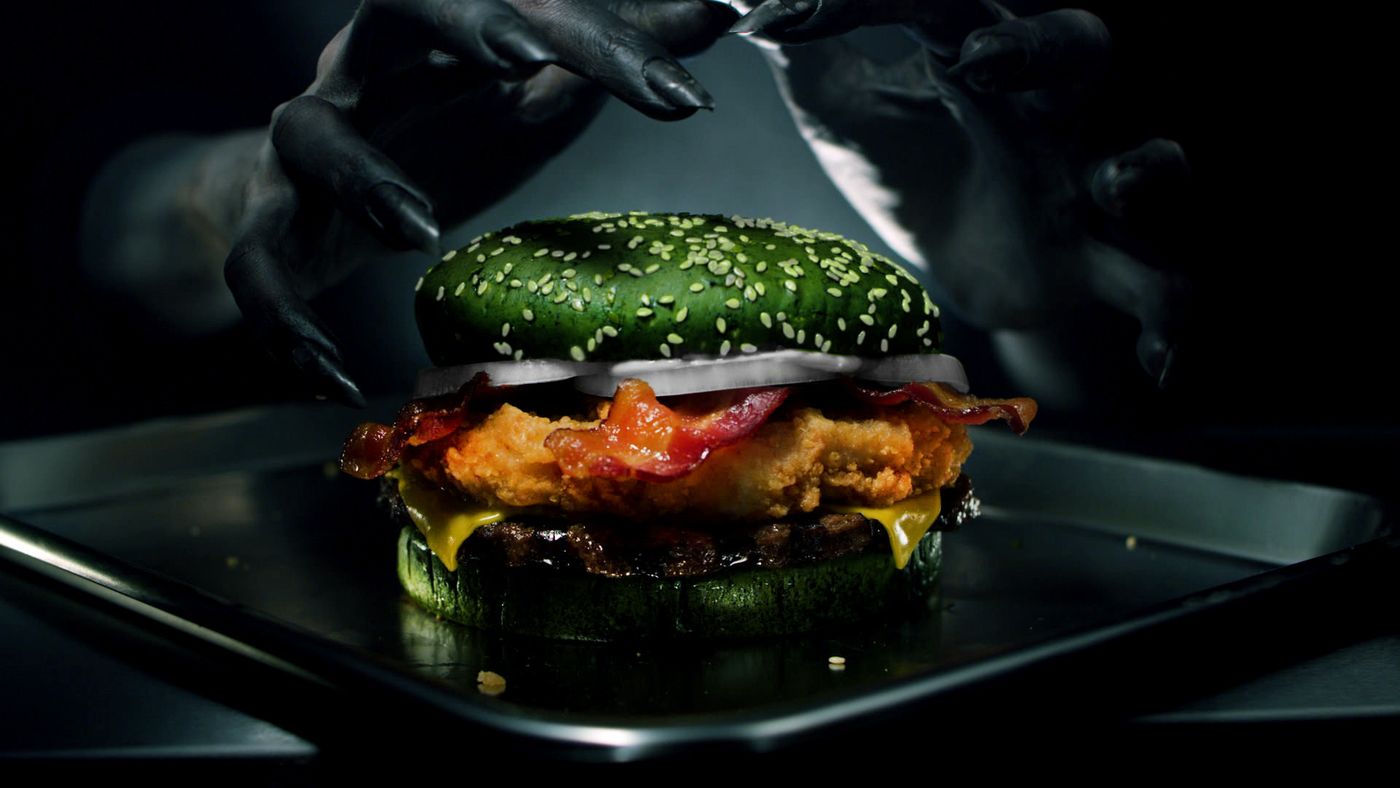 Burger King has a long history of giving nutritionists nightmares, but those calorie conscious folks have seen nothing yet!  Burger King announced today that for a limited time, customers will be able to purchase an official “Nightmare King” at participating locations.

According to a report by the New York Daily News, “The Nightmare King” consists of  “…a quarter-pound of flame-grilled beef, a white meat crispy chicken fillet, melted American cheese, thick-cut bacon, mayonnaise and onions on a glazed green sesame seed bun.”  If you’re worried about the looks of that neon green bun, your heart can rest at ease, because the chain did reveal “…that the green bun is made with ‘all natural coloring from watermelons.'”  The report did not indicate if the bun also tastes like watermelons, so you’ll have to see for yourself.

Believe it or not, “Burger King teamed up with Florida Sleep & Neuro Diagnostic Services, Inc. to conduct a study for more than 10 nights with 100 participants who ate “The Nightmare King” before they went to bed.  Researchers tracked different behaviors from the snoozing subjects including their heart rate, brain activity and breath to determine whether they had vivid dreams.”

Dr. Jose Gabriel Medina, a somnologist (which must be a form of mad science dealing with night terrors and seasonal hamburgers) gave his expert opinion on the subject, stating that “According to previous studies, 4 percent of the population experiences nightmares in any given night, but after eating “The Nightmare King”, the data obtained from the study indicated that the incidence of nightmares increased by 3.5 times.”  There is no truth to the rumor that the participants in the study also experienced a 100% increase in stomach pains.

This is not the first time that Burger King has experimented with Halloween-themed food.  Two years ago, the chain released a Halloween Whopper (whose only theming element was a jet black bun with no promise of nightmare-inducing side effects).