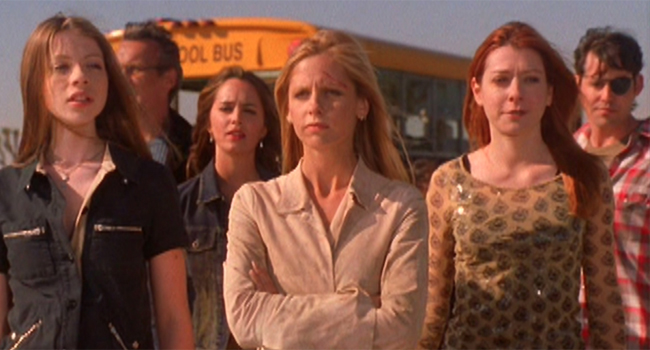 Entertainment Weekly broke the news today that Buffy the Vampire Slayer would continue as a new young adult book series by author Kiersten White, introducing a new group of characters that will follow in the tradition of the well-loved originals.

The new series of books “…will be published in the fall of 2018, will be titled Slayer and will feature a brand new slayer from the group of potentials that Willow used her Wicca skills to awaken in the show’s final episode.”

Liesa Abrams, vice president and editorial director of Simon Pulse, praised the choice of White, stating that,“Kiersten White, whose work we deeply admire, is the perfect author to write an original series set in the Buffyverse. We couldn’t be more excited to have Kiersten on board to bring her skill and passion for Buffy together with one of the most influential properties in popular culture.”

This is not the first time that the “Buffy-verse” has expanded, most notably in the form of a comic book series which directly picked up where season seven left off entitled Buffy: Season Eight (published by Dark Horse Comics and featuring scripts by Joss Whedon).  Other writers would continue the Buffy comic book into Season’s Nine and Ten, and all are considered “official canon”.

Stayed tuned for more updates on Buffy and everything else in the horror universe at Horror News Network.