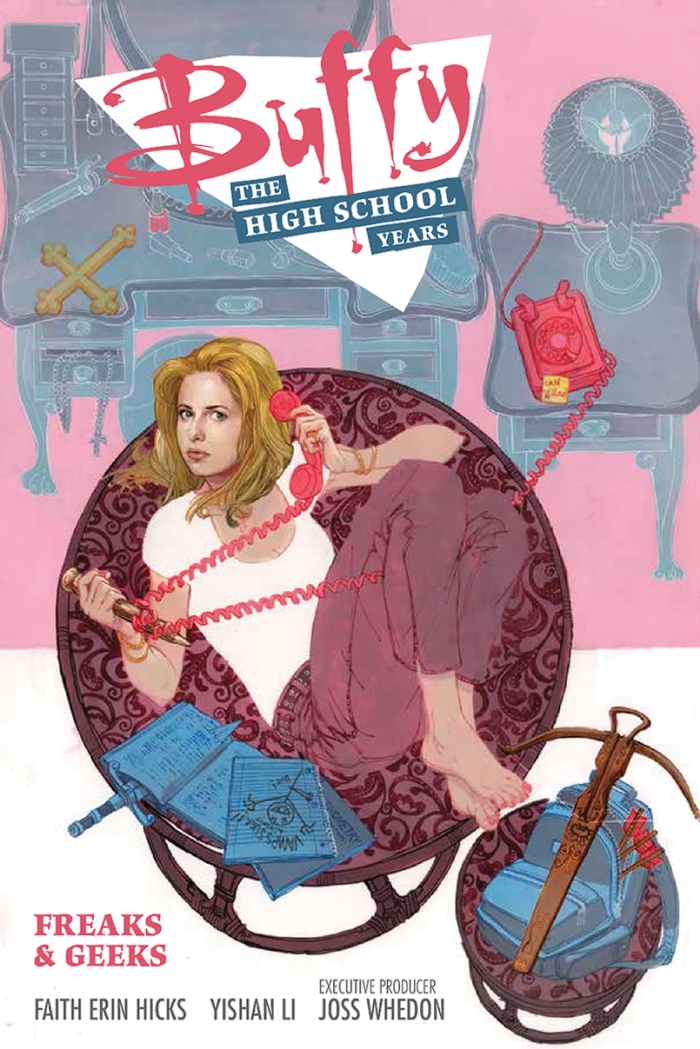 The first volume will be Buffy: The High School Years — Freaks & Geeks, written Faith Erin Hicks with artist Yishan Li and scheduled for a June 15 release.

Set during Season 1 of the television series, Buffy: The High School Years — Freaks & Geeks delivers classic Slayer action! Moving to a new school and making new friends will create enough anxiety for any teenage girl. But when you’re Buffy Summers, a vampire slayer — the Chosen One (with all that entails) — building a new life can be overwhelming.

A group of nerdy vampires, shunned by their cooler brethren, decide to climb the vampire social ladder by taking out the Slayer. They play on Buffy’s insecurities, wearing her down until she is full-on distracted by the mental warfare. But in addition to her Watcher, Giles, this Slayer has a couple of new friends, Willow and Xander, to cheer her on . . . except, of course, when they’re not getting along.