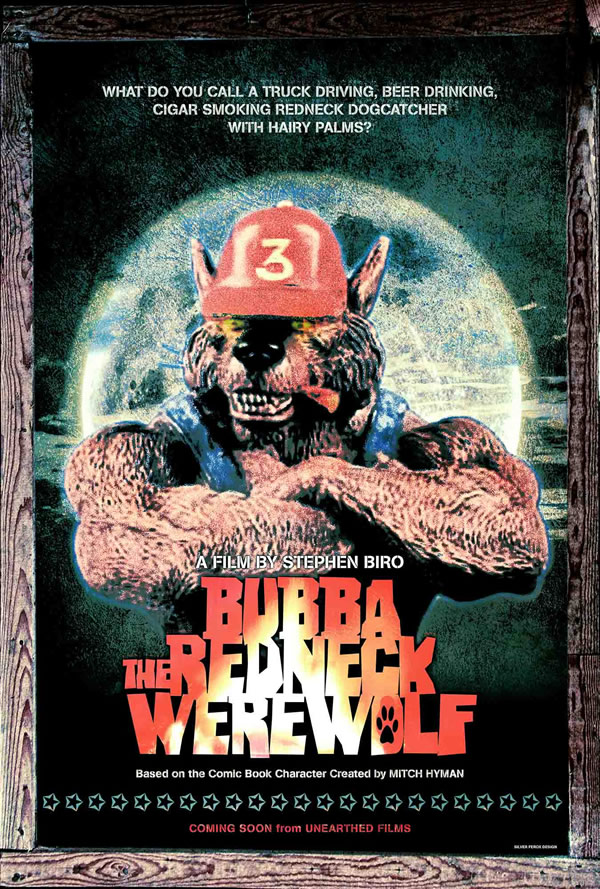 After years of talk and rumours, it looks like indoe horror comic “Bubba the Redneck Werewolf” will finally make its way to film.

“In the town of Broken Taint, a vicious evil is unleashed, offering the dreams of humanity if you just sign on the dotted line. One lovesick dog catcher makes a deal with the Devil and not only is his life turned upside down, but so is Broken Taint. Bubba The Redneck Werewolf is born and the town goes to Hell while his local bar is filled with the Damned, Bubba figures out how to beat the Devil—but first, he needs another beer and maybe some hot wings.

When the fate of humanity is in Bubba’s hands, Heaven help us all!”

Based off the underground comic book classic: Bubba The Redneck Werewolf by Mitch Hyman. Written and Directed by Stephen Biro and produced by Unearthed Films, And You Films and Two Rubbing Nickels Ltd..

Mitch Hyman is the creator of Bubba The Redneck Werewolf. Wrote for “Cracked” and fired Donald Trump. Mitch also wrote “Hitmen in Paradise, Dr. Sarcophagus and His Carnival Of Dark Desires”.

Bubba The Redneck Werewolf has been a comic book series for over ten years. Bubba will be a horror comedy in the vein of– all of them. Shooting for Bubba begins on Aug 2nd 2013 in Crystal River Florida.