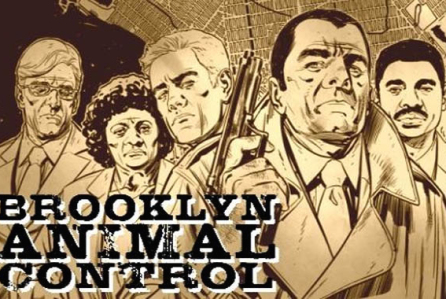 USA has greenlighted a new comic book-based drama based on IDW’s ‘Brooklyn Animal Control’ created by JT Petty. Petty has written and executive produced the pilot.  David S. Goyer is executive producing, along with Circle of Confusion’s Rick Jacobs and David Alpert (The Walking Dead), and IDW’s Davd Ozer and Ted Adams.

‘Brooklyn Animal Control’ is centered around the inner workings of a secret subdivision of the NYPD, which serves as social services for the city’s werewolves.  It will follow the case offers and a community of secretive werewolves known as the Kveld-Ulf, that live deep in the borough, as well as city politics, immigrant communities, and families divided by ambition, secrecy, and tradition.

USA’s EVP Jackie de Crinis said “Fans of the comic usa-networkbook know that Brooklyn Animal Control is a thriller anchored inside the world of New York organized crime families. At its core, it is a family drama, albeit an unconventional one.”