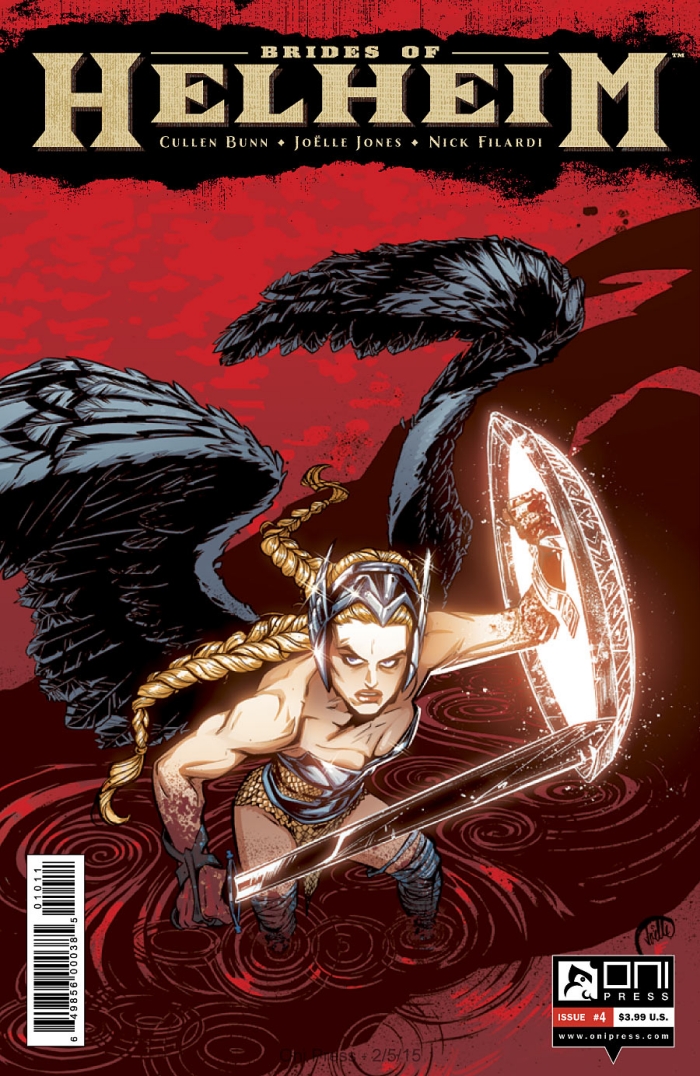 Oni Press has provided us a preview of the new Brides of Helheim comic.

Raevil has unleashed the Valkyrie to wage war against Rikard. But the foul warlock could not have predicted how the Maiden of Death would react to the walking dead man! Now Raevil plots to raise an army of demons and undead to oppose Rikard, but even that might not be powerful enough to stand against the draugr’s fury.