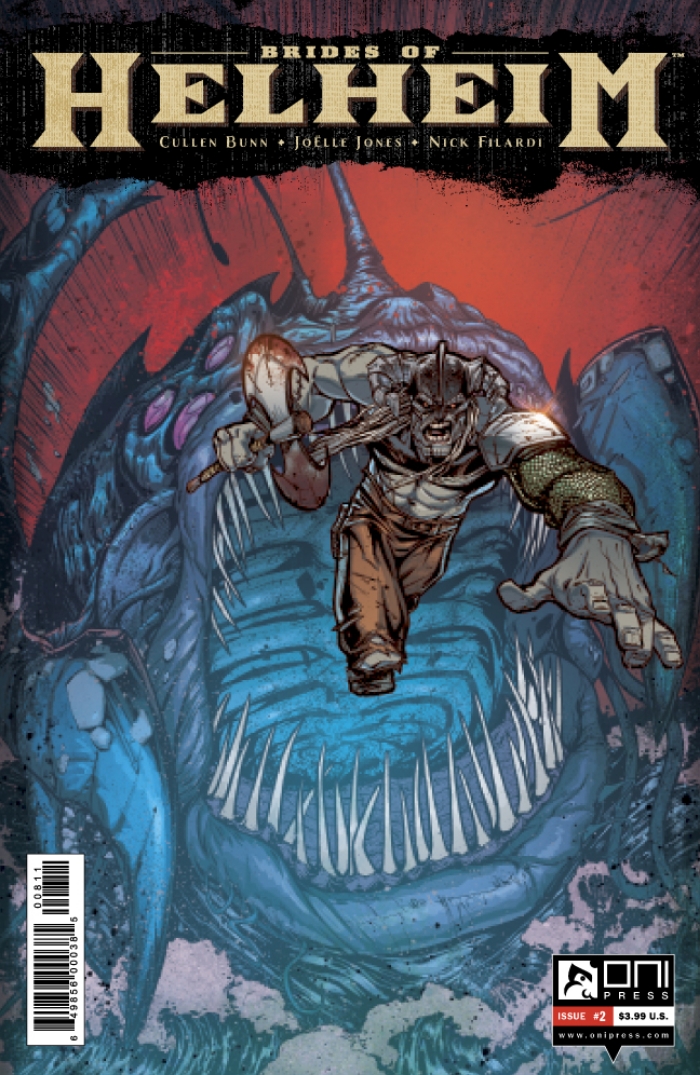 Oni Press has provided us a preview of the new Brides of Helheim comic.

Even after death, the draugr Rikard remains the thrall of three witches. And now maiden, mother, and crone have sent the walking dead man on another mission of chaos and bloodshed. Traveling to far away lands, the undead Viking wages a one-man siege of the Black Abbey, where he hunts the warlock who taught the dark arts to the women who raised Rikard from the dead!