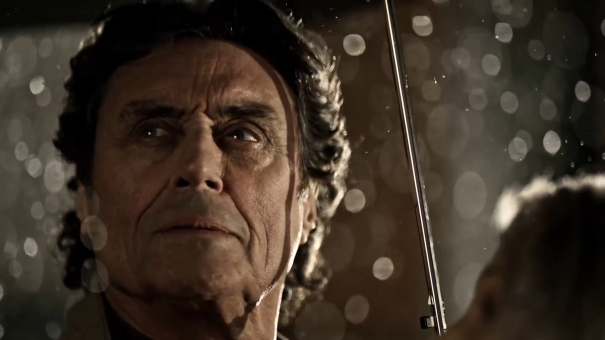 Deadline is reporting that the creators of Starz’s American Gods series, Brian Fuller and Michael Green, have abruptly left the show.

The duo “…created the adaptation of Neil Gaiman’s 2001 award-winning novel and served as executive producers/showrunners on the show, which debuted this past spring and earned a quick Season 2 renewal. We’ve learned that more than half of the scripts for Season 2, which had been targeting a mid-2018 premiere, have been written.”

It is also rumored that “…Gaiman may come on board as a co-showrunner but that is in flux as he also has series Good Omens for Amazon.”

Reasons for their departure is uncertain, but Deadline is guessing that the decision probably centered around “…the budget for first season of the ambitious production had ballooned to Game of Thrones levels. We hear series producer FremantleMedia North America, under new scripted chief Dante di Loreto, tried to impose big budget cuts for the 10-episode second season, which led to the showrunner change.”

How this will effect the scope or quality of the series is uncertain at this point, but the first season was well-reviewed by both fans of the novel and critics.  American Gods Season 1 was recently released to the home video market and is currently available on dvd, blu-ray, and via digital download.

Stay tuned to Horror News Network for more on this breaking story.