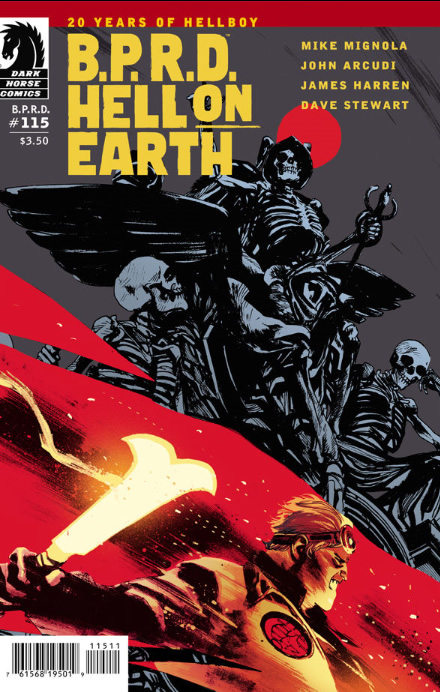 Synopsis: Two B.P.R.D. teams make their way through the monster-filled streets of a Manhattan wasteland in order to reach the Black Flame’s fortress and take down his army.

Our Thoughts: B.P.R.D has been really consistent over the last year and that trend continues over in 2014 with issue #115. Mike Mignola and John Arcudi drag thr group into NYC looking for survivors only to find greater dangers. While creating action packed scenes with incredible, out of the world mosnsters, Mignola andf Arcudi don’t rely on that to keep dsteh redeaders attention.  There’s a very engaging storyline to go along with it.

James Harren does the issue justice with artwork that completley engrosses the reader in the action. Dave Stewart on colors once again does a stellar job at using  tones to conveyr the mood.

With B.P.R.D:Hell on Earth #115, the series proves to be one of the leaders in horror comics with yet another solid issue.