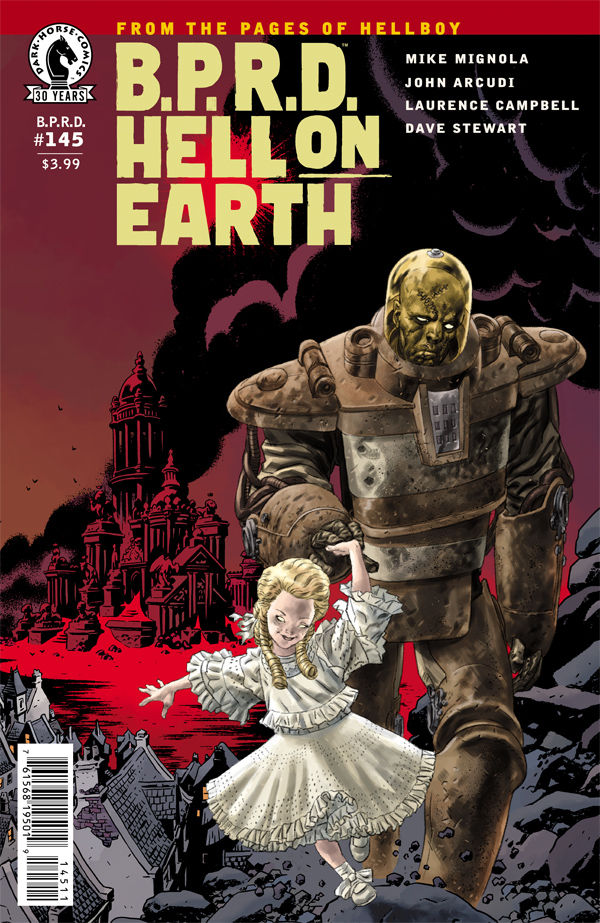 Synopsis: The end of the BPRD looms, as does the world!

Mignola, Arcudi, and Campbell are weaving an epic, emotional end to the BPRD, and this may be the most harrowing story yet;  beloved characters seem to meet their demise, others are left exhausted after insurmountable battles, and some just want to “free the butterflies”.

This issues really feels like the beginning of the end, even more so than the years of destruction that the Ogrdu Hem are responsible for.  All of the character’s seem to embody this sense, such as Kate Corrigan’s realistic outlook and calm in the face of disaster finally reaching a breaking point as one member refuses to leave the compound.

Liz Sherman and Johan Kraus’ unending battle against enormous monsters seems to finally catch up to them, one because of her human limits and the other appears to be quickly rocketing towards cosmic awareness and perhaps a exit from the mortal plain.

The tragic life of the other man trapped in a machine Iosif Nichayko appears to reach an inevitable conclusion.  Iosif is a character that Mignola and Arcudi have built substantially over the past few years.  Starting as an odd, Russian Frankenstein, he has become the epitome of Shelly’s melancholy creature.  He is a character that fans have grown to love and his complicated relationship with the demonic Varvara is a definte highlight of the series.