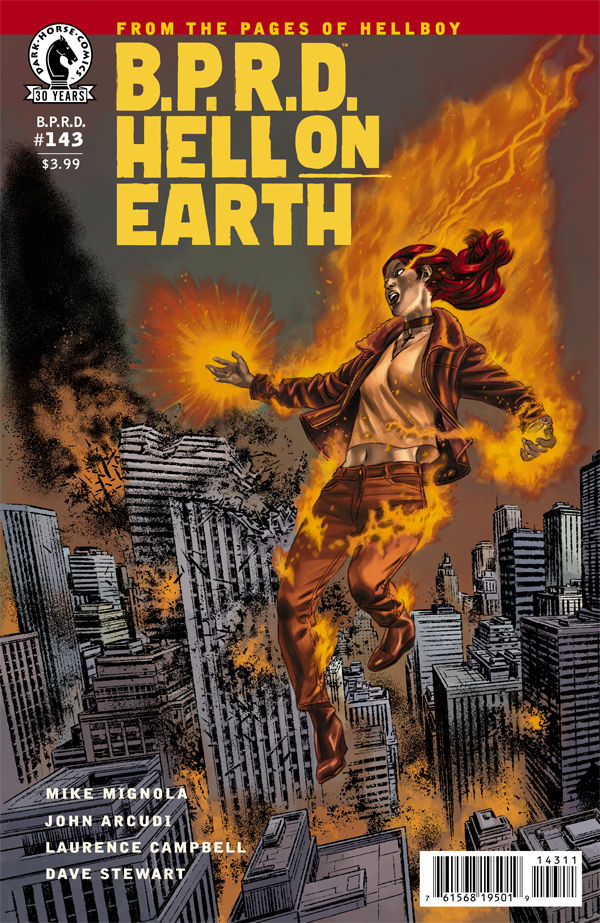 Our Thoughts: Six years ago, Mike Mignola, John Arcudi, Scott Allie, and a host of talented artists started the Bureau for Paranormal Research and Defense down a dangerous, cataclysmic road with the creation of the BPRD: Hell on Earth series.   It’s hard to believe that the journey has lasted this long, and although fans are sure to miss the title, the current team of Mignola, Arcudi, and Campbell begin to steer our heroes (and world) towards a satisfying, bittersweet conclusion in this issue.

The hallmark on the entire run has been defined by one key element: small, character driven stories that are placed inside and around scenes of cosmic terror.  Most writers and artists would have a hard time combining these disparate elements, but this title stands as a blue print in how to mix action, terror, and most importantly, memorable characters that the readers can empathize with.  Whether it is Johann Kraus’ quest for a physical anchor to a human world that has passed him by, Liz Sherman’s long, successful road to recovery, or Kate Corrigan’s attempts to keep the entire team above water, these human stories are the ones that make the series stand above other illustrated adventures.

This issue does an excellent job of placing all of the chess pieces on the board as an enormous Ogdru Jahad stalks towards the BPRD base, spilling monsters all along the way.  It is clear that even the efforts of the supernatural defenders Sherman and Kraus (in the Vril armor suit) will not be enough to stop all of the threats, especially the one looming largest on the horizon.  And we certainly can’t forget Iosif’s and his “darling doll’s” journey to Hell.

With the end on the horizon, if you have yet to pick up this title, be sure to check out the many volumes currently in print.  Start with BPRD: Hell on Earth; New World  or go even further back to the genesis of the entire story arc with BPRD: A Plague of Frogs.  To paraphrase the famous Walt Disney quote, “It all started with a frog…” 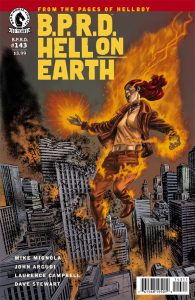 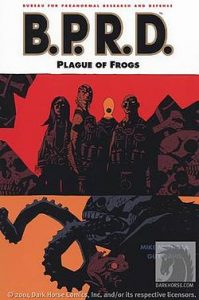