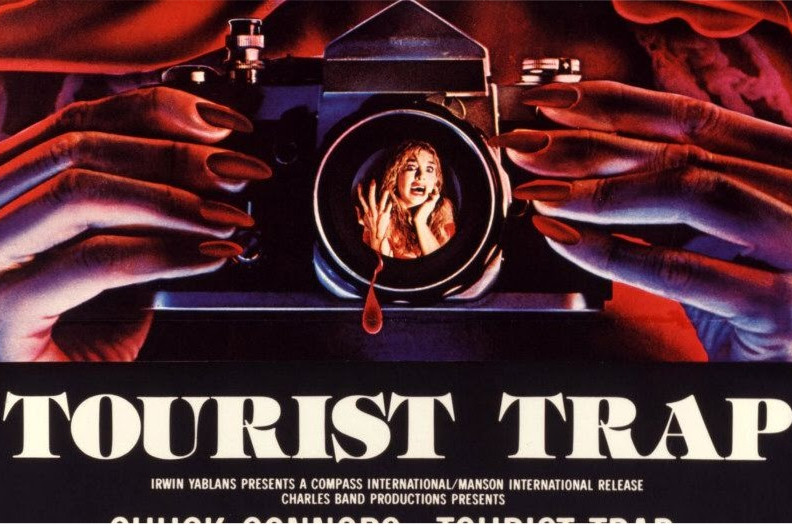 Back in 1979, a horror film was released starring Chuck Connors (Soylent Green) which didn’t seem to be appreciated in theaters.  Critics generally panned Tourist Trap, directed by David Schmoeller (Puppet Master, Little Monsters), but the creepy isolation slasher flick eventually found new life on VHS and DVD and gained a reputation as a Saturday afternoon popcorn flick for the horror set.  Now Full Moon Features is planning to release an uncut and remastered Blu-ray version, complete with some cool extras for horror movie fans AND collectors.

This upcoming release of Tourist Trap, which also stars a pre-Charlie’s Angels Tanya Roberts, will be the third Full Moon project to be released following successful offerings of Puppet Master and Laserblast.  The Blu-ray will be packaged in “Vintage VHS” boxing, and will include a custom action figure of Mr. Slausen (Connors) as well!  While the card for the figure appears to resemble those in Super7’s ReAction line, no word yet on who is actually producing it.  But one thing is for sure….with limited quantities toy collectors would be wise to jump on this before it sells out.  Along with these goodies, the release will feature an audio commentary and interview with Schmoeller and some killer long-lost movie trailers.

Speaking of quantities, there is a planned retail release for the box set but Full Moon is already putting 500 of them up for pre-order on its website (www.fullmoondirect.com) right now.  The best part….if you are able to snag one of the initial 200 copies, your product will be autographed by producer Charles Band.  That’s quite an incentive to not wait and pre-order this bad boy.

I can remember viewing Tourist Trap a few years ago on the big screen at the Alamo Drafthouse in Yonkers, NY with fellow HNN staffer Larry Dwyer.  It’s truly a journey into the mind of a madman; just a bizarre and surreal story of young people trapped on a property being hunted by mannequins and one lunatic with startling mental abilities.  The score is haunting and perfect, and the imagery can be legitimately spooky.  The movie deserved a second life in cult circles, and Full Moon is ensuring that its popularity will continue for a while longer.

Stay tuned to HNN for more news on the “Vintage VHS” box set release of Tourist Trap as it breaks! 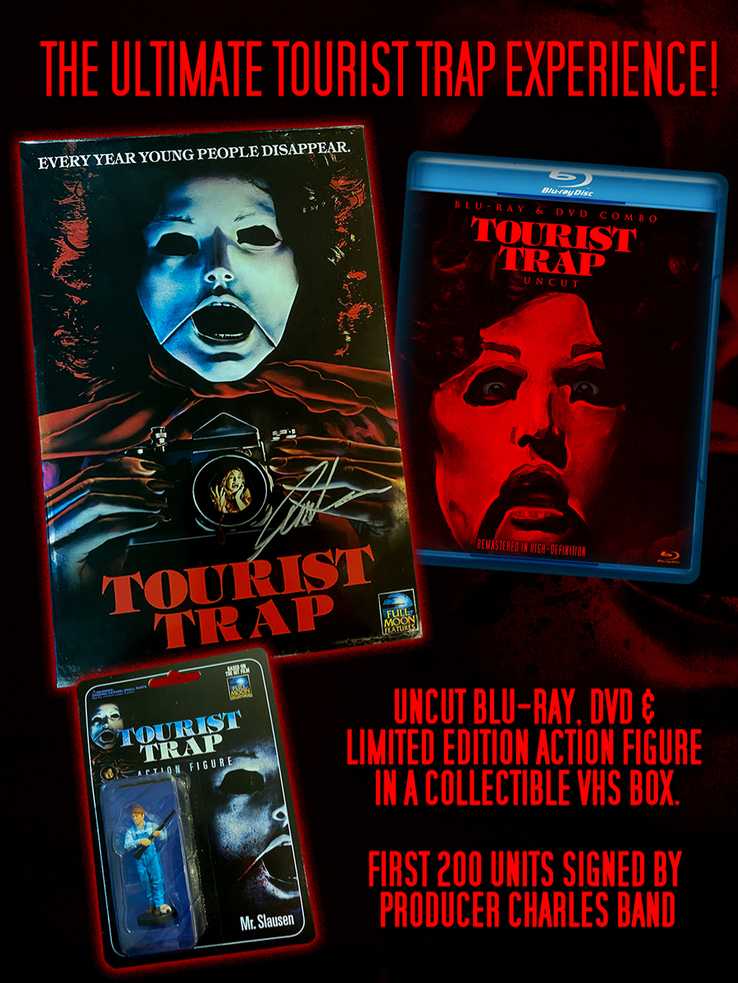