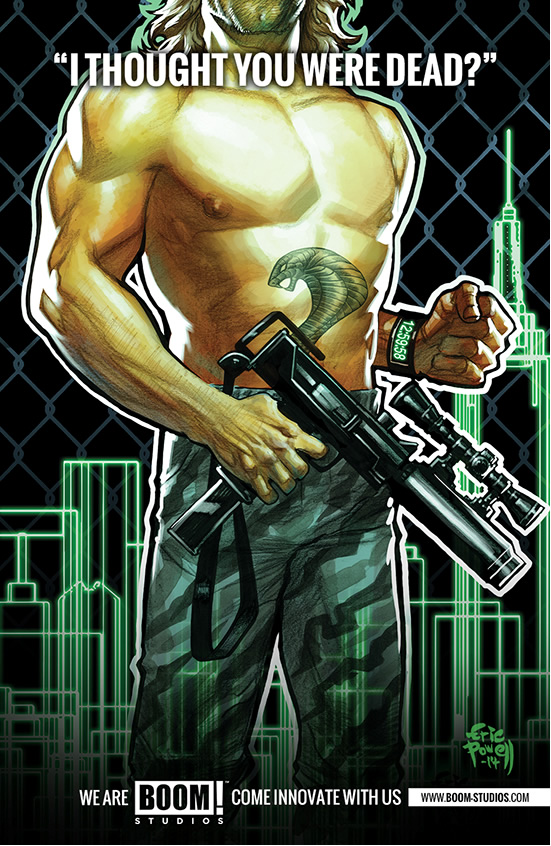 SDCC is almost here and BOOM! Studios is pushed out yet another teaser, this time of Snake Plissken from the Escape from New York series.

Goon creator, Eric Powell’s name is on the poster and it looks like his pencils so we think its safe to say he does both the writing and pencils on the series.