BOOM! Studios today revealed a first look at Just Beyond: Monstrosity from R.L. Stine, the award-winning, bestselling author of Goosebumps and Fear Street, artist Irene Flores (Heavy Vinyl) with additional inks by Lea Caballero, colorist Joana LaFuente, and letterer Mike Fiorentino, set in the world of the highly acclaimed middle grade horror series Just Beyond, soon to be a television show on Disney+.

The synopsis of the tale, according to the publisher is as follows: Ruthie and Ezra Dillon’s dad and uncle just bought an old Hollywood movie studio. And while the family has plans for reviving it to make scary movies for a modern audience, the monsters hiding in the backlot have other ideas. Ruthie and Ezra are eager to star in their family’s films, but they’ll soon find themselves in a real horror show with Wolfenscreem, the Lagoonatics, and the Wasp-Keeper… who are all ready for their revival with a vengeance!

This new series will be published through the company’s award-winning KaBOOM! imprint, where R.L. Stine has originated his first new concepts in the comic book medium as part of his multi-book agreement with the publisher.

The comic will be available at local comic stores on October 20, 2021. Keep it locked to Horror News Network for more on R.L. Stine’s Just Beyond: Monstrosity. 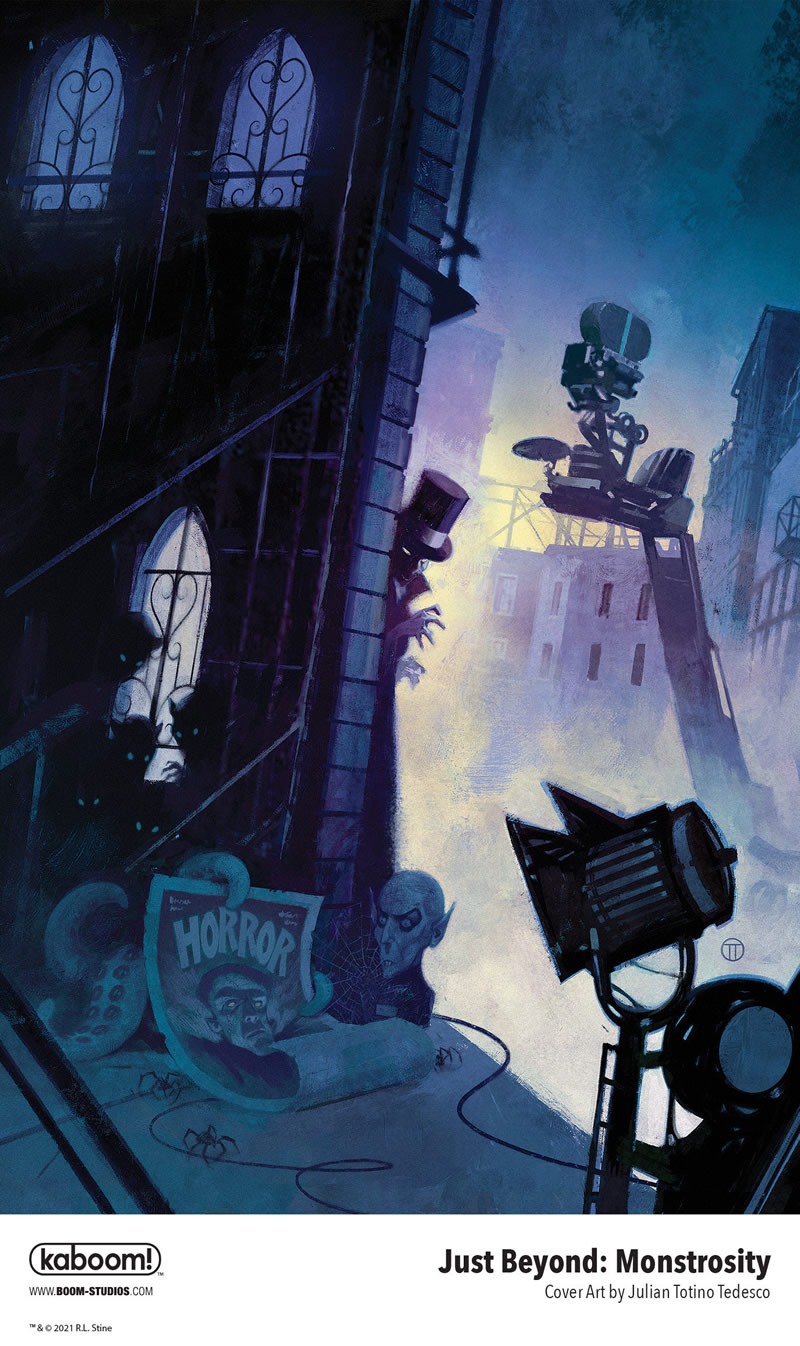 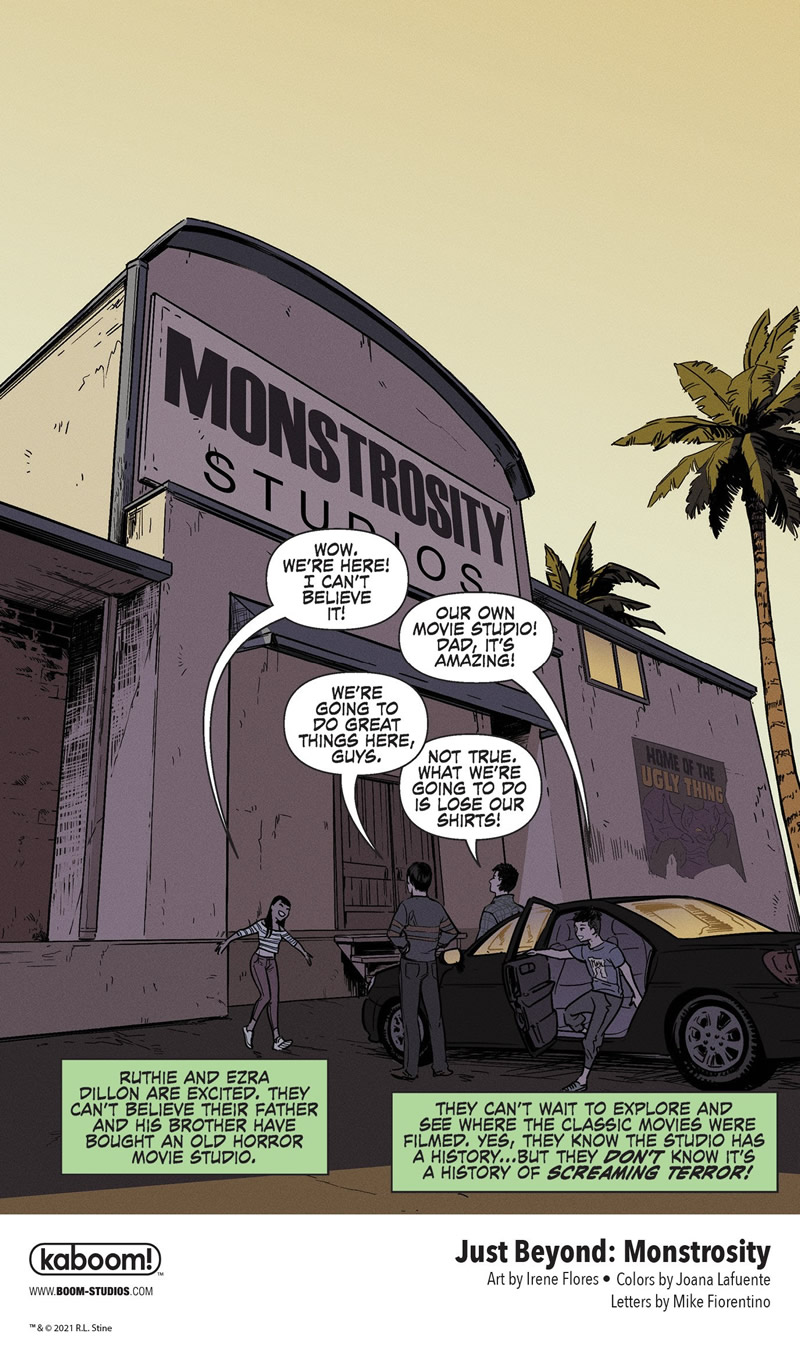 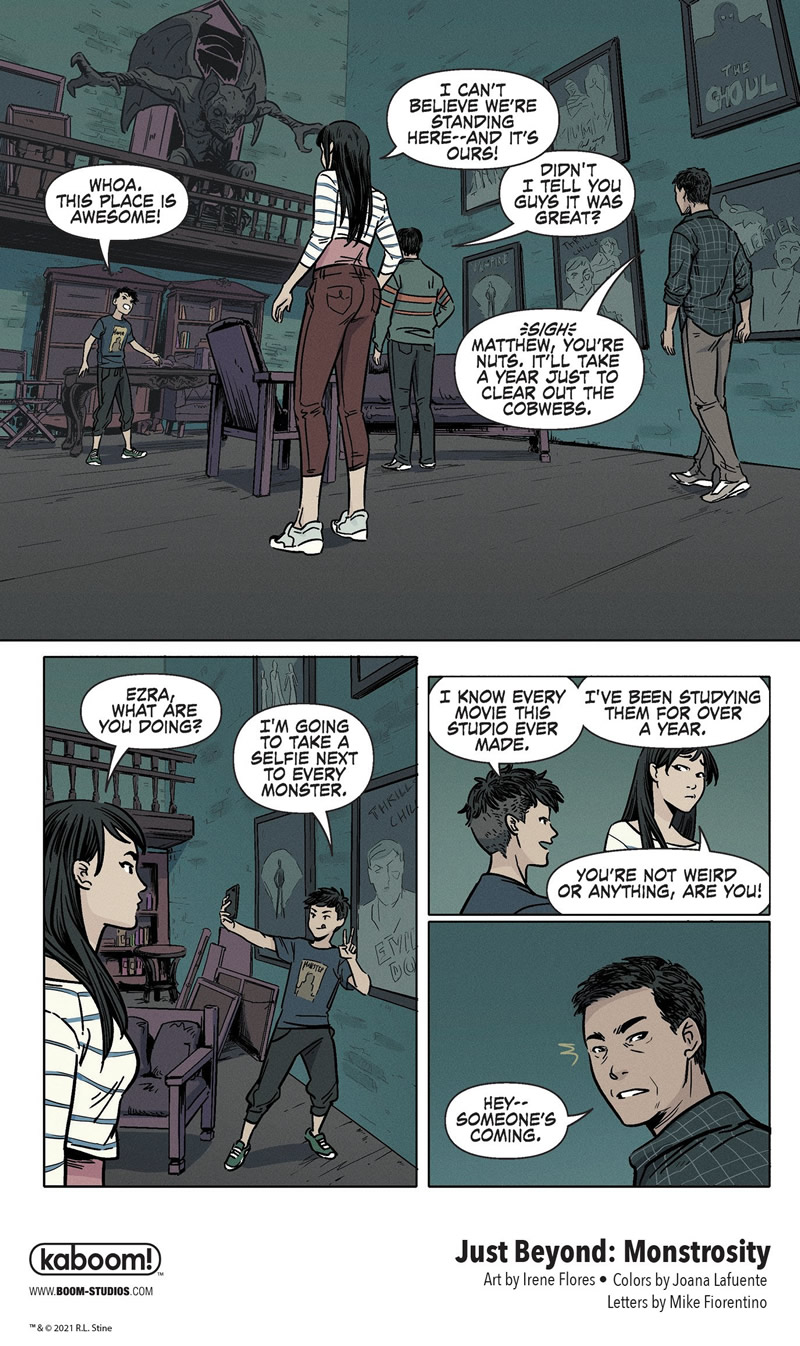 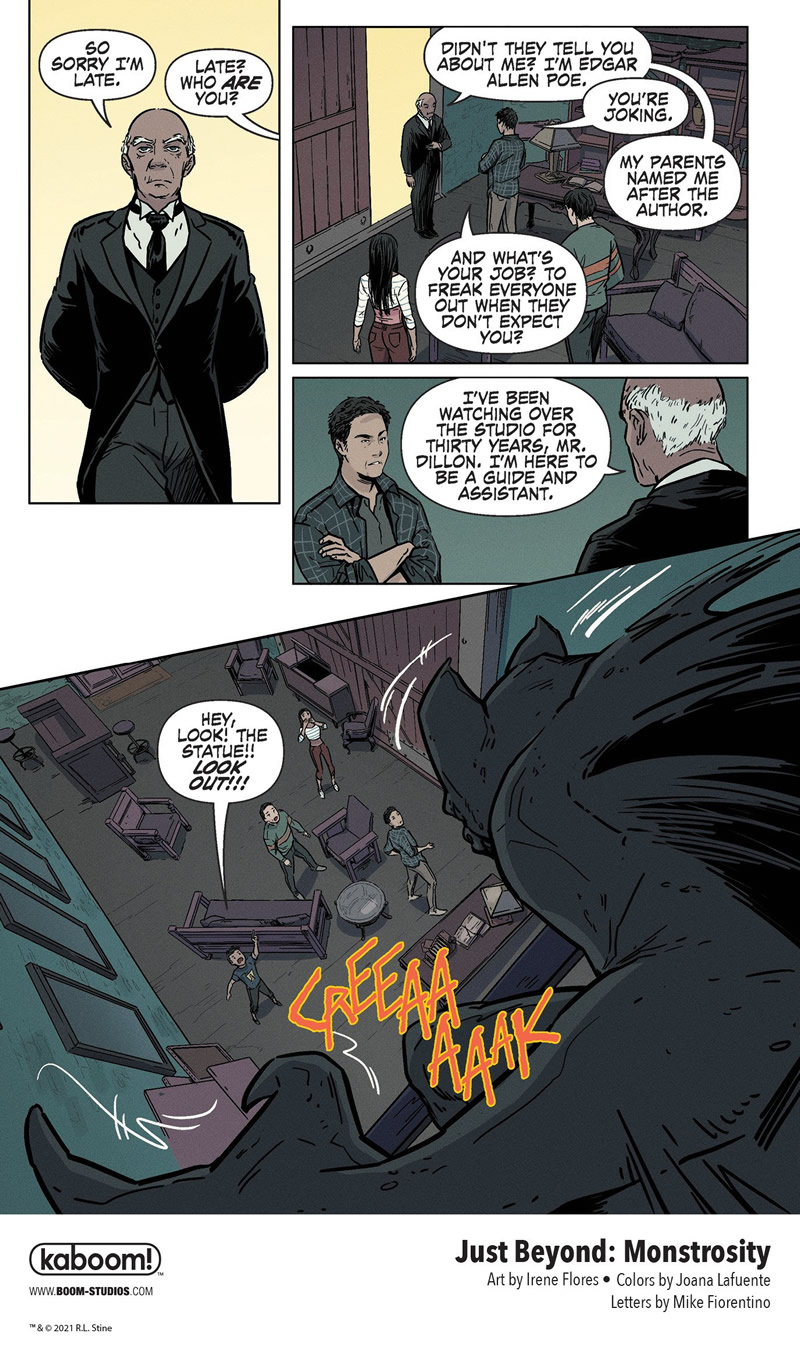 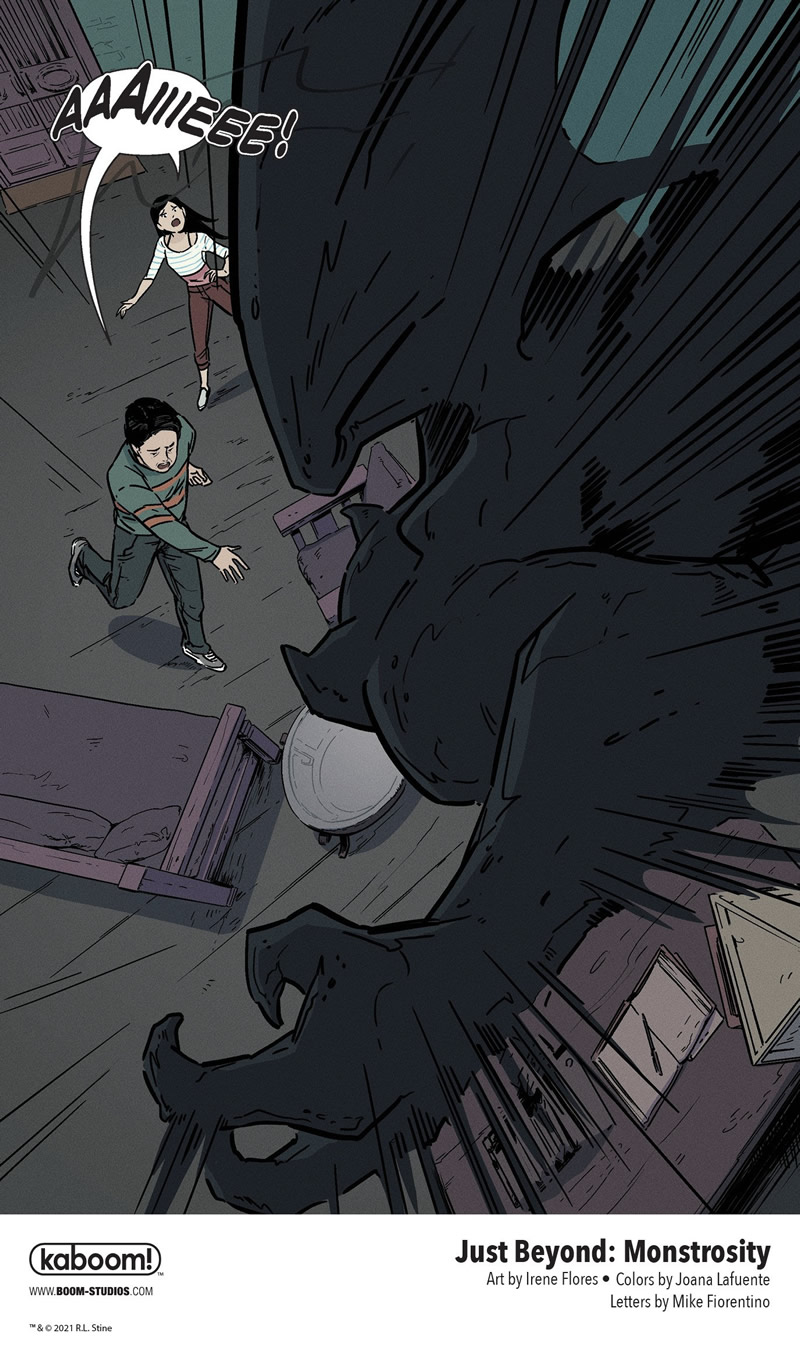 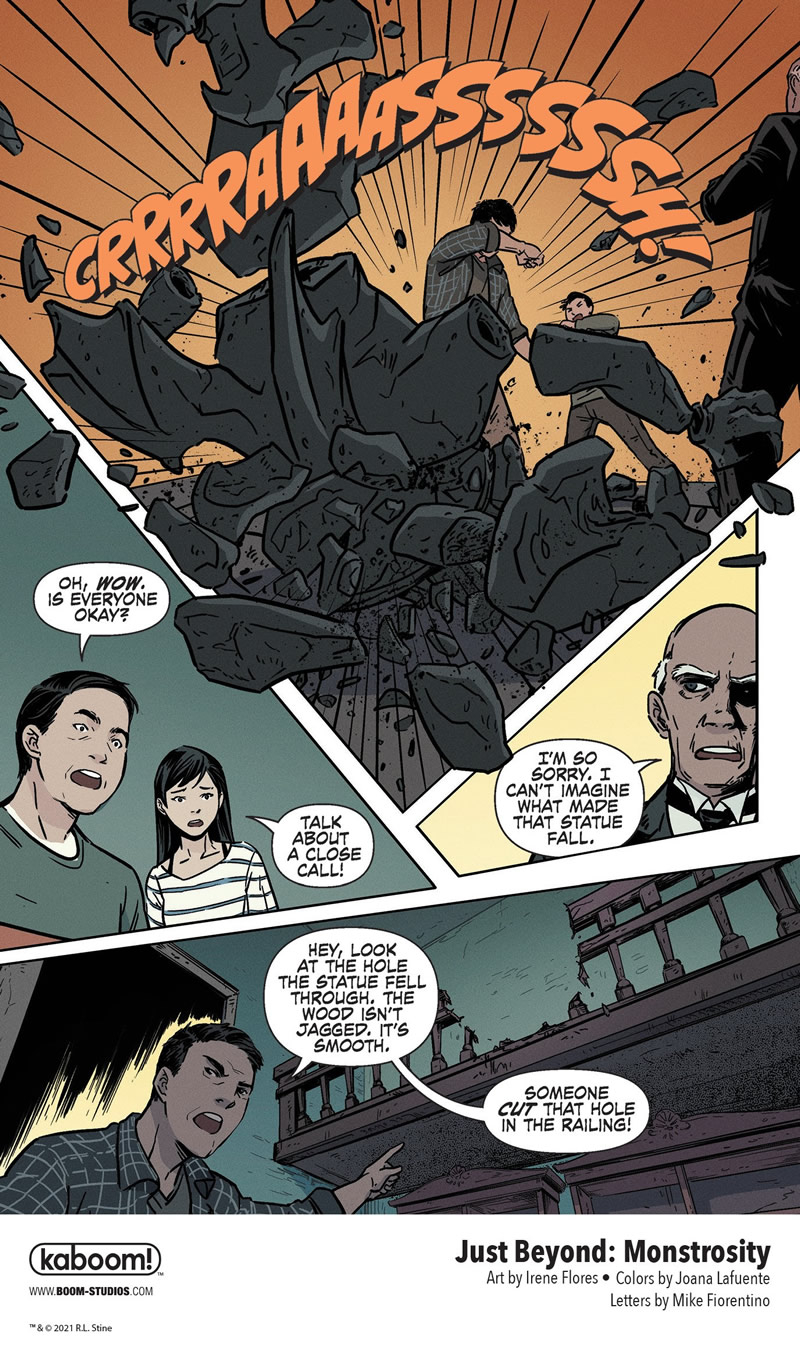 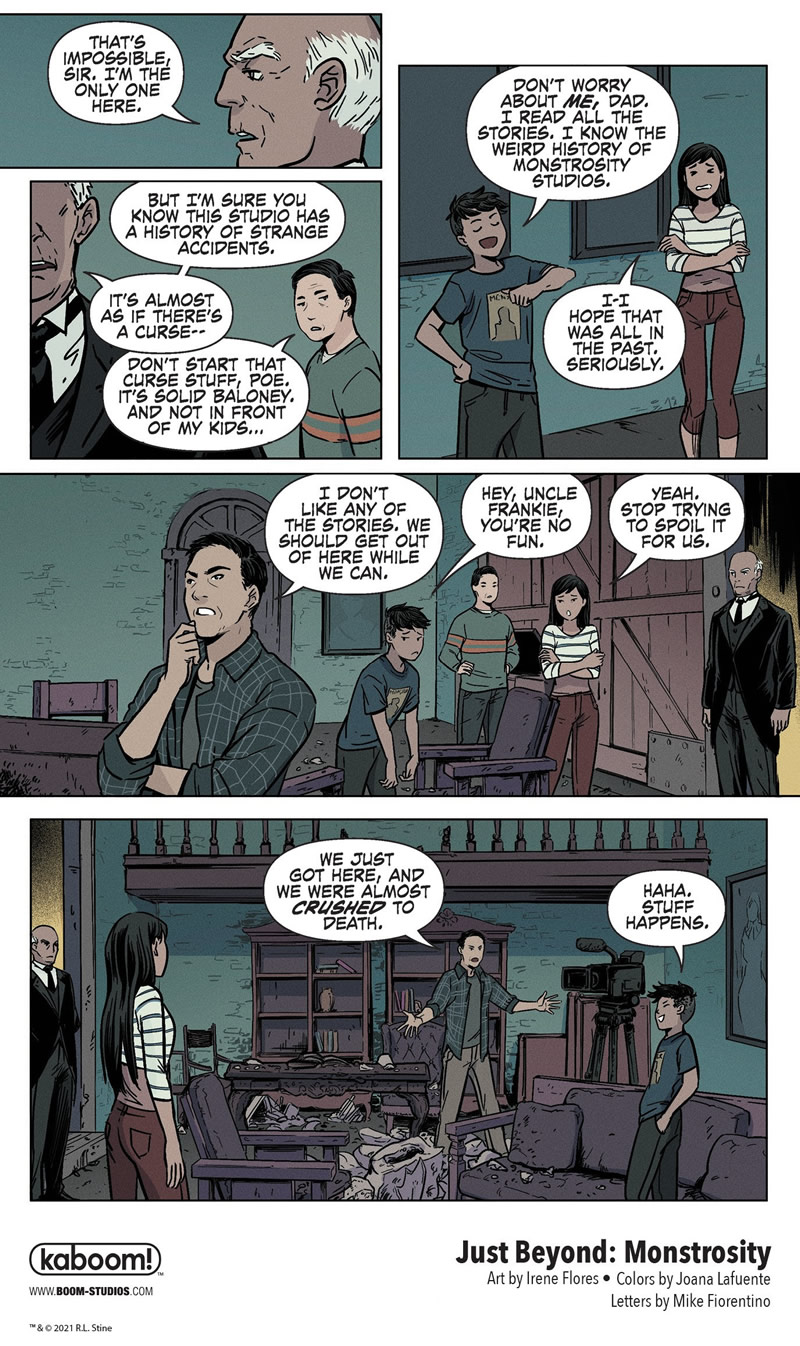 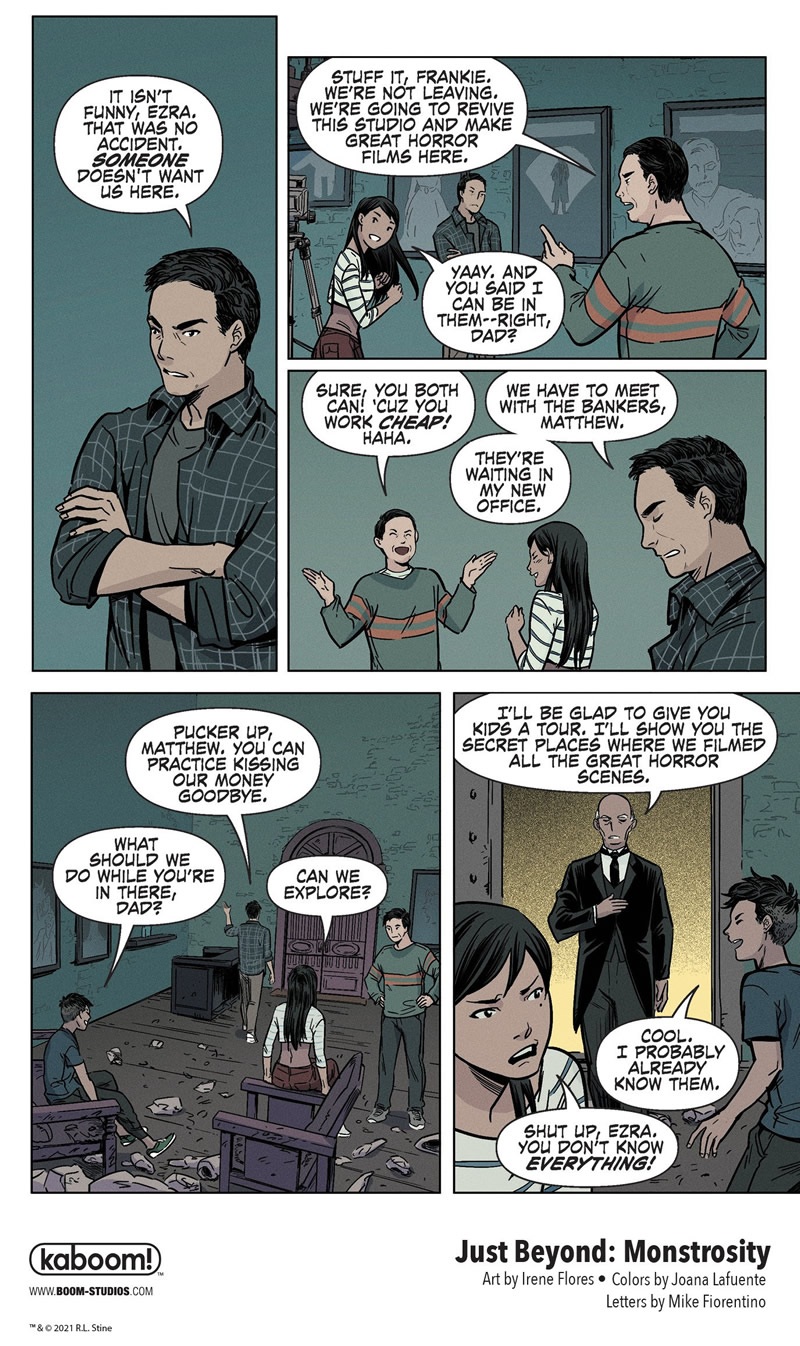 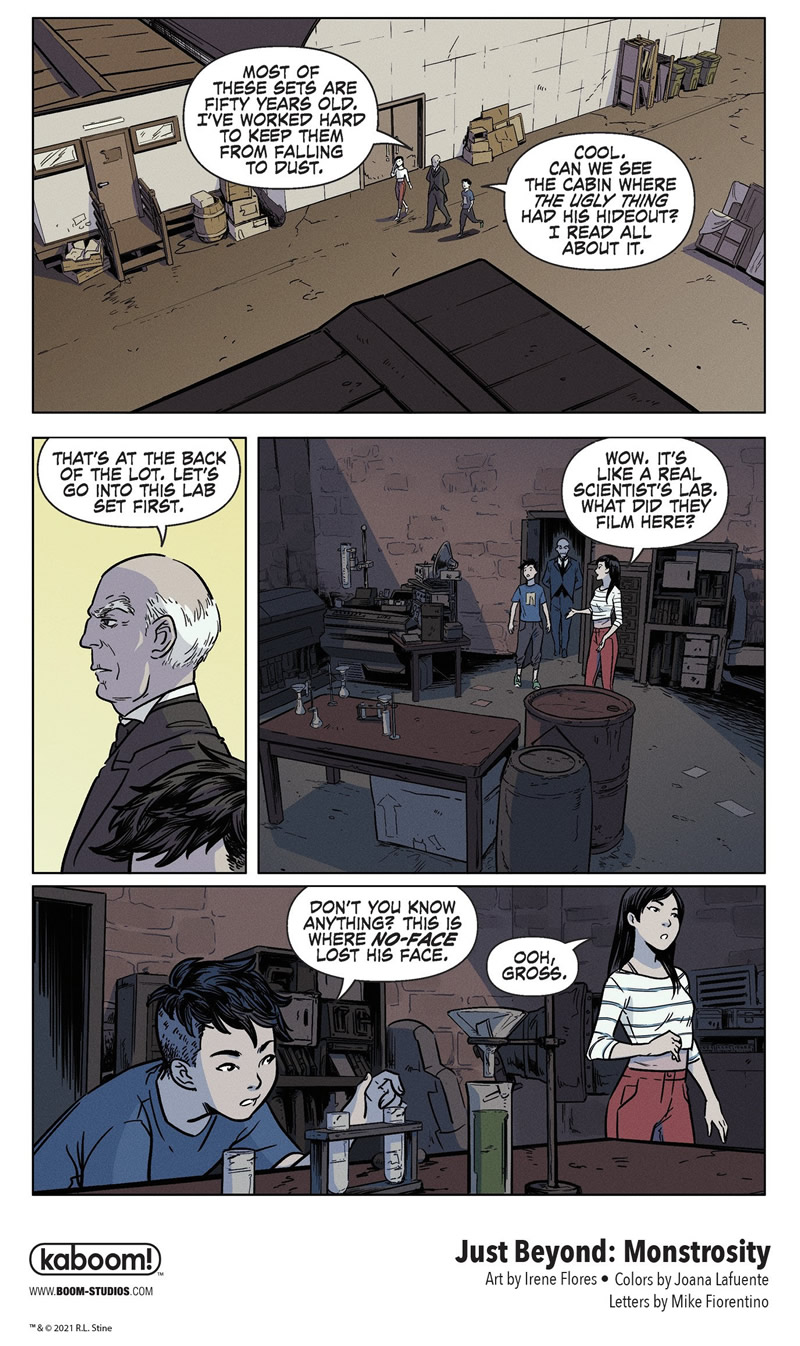 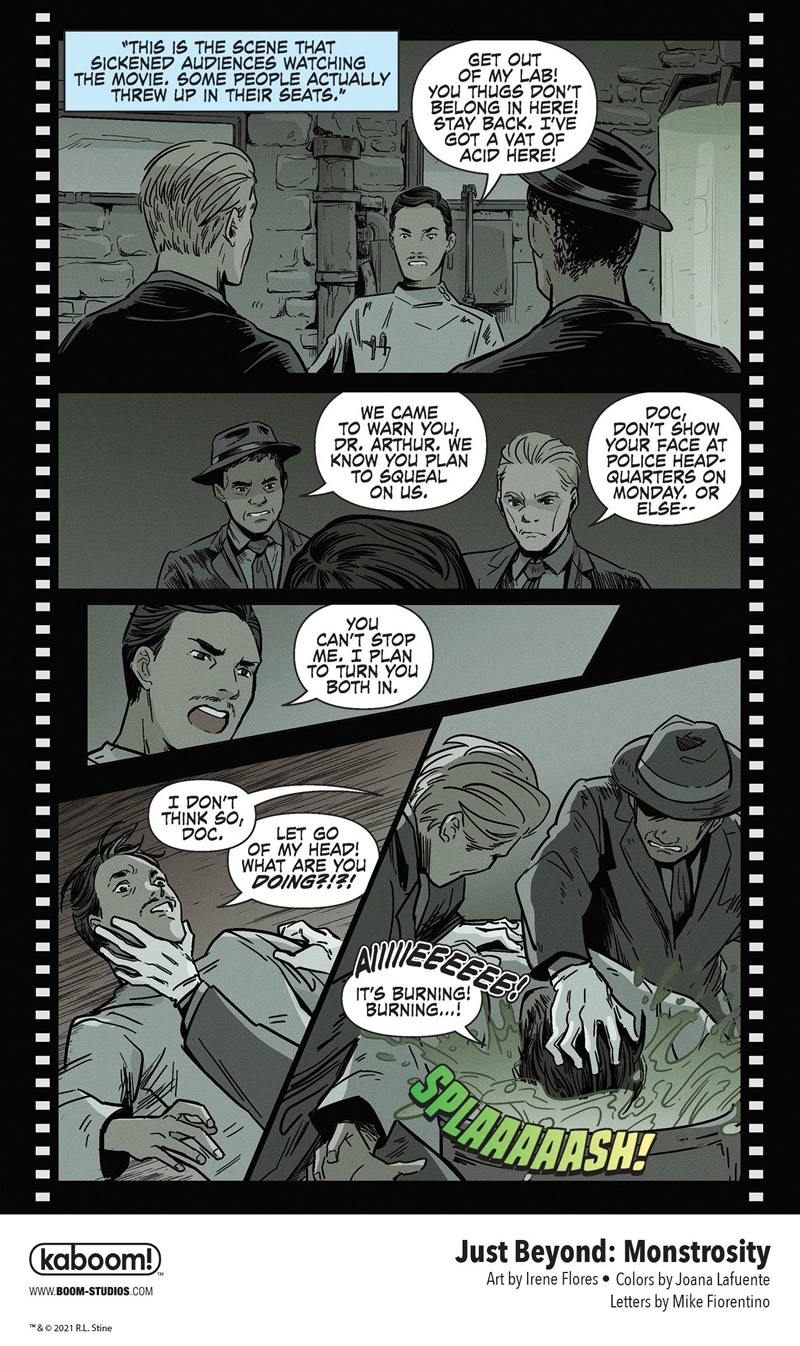 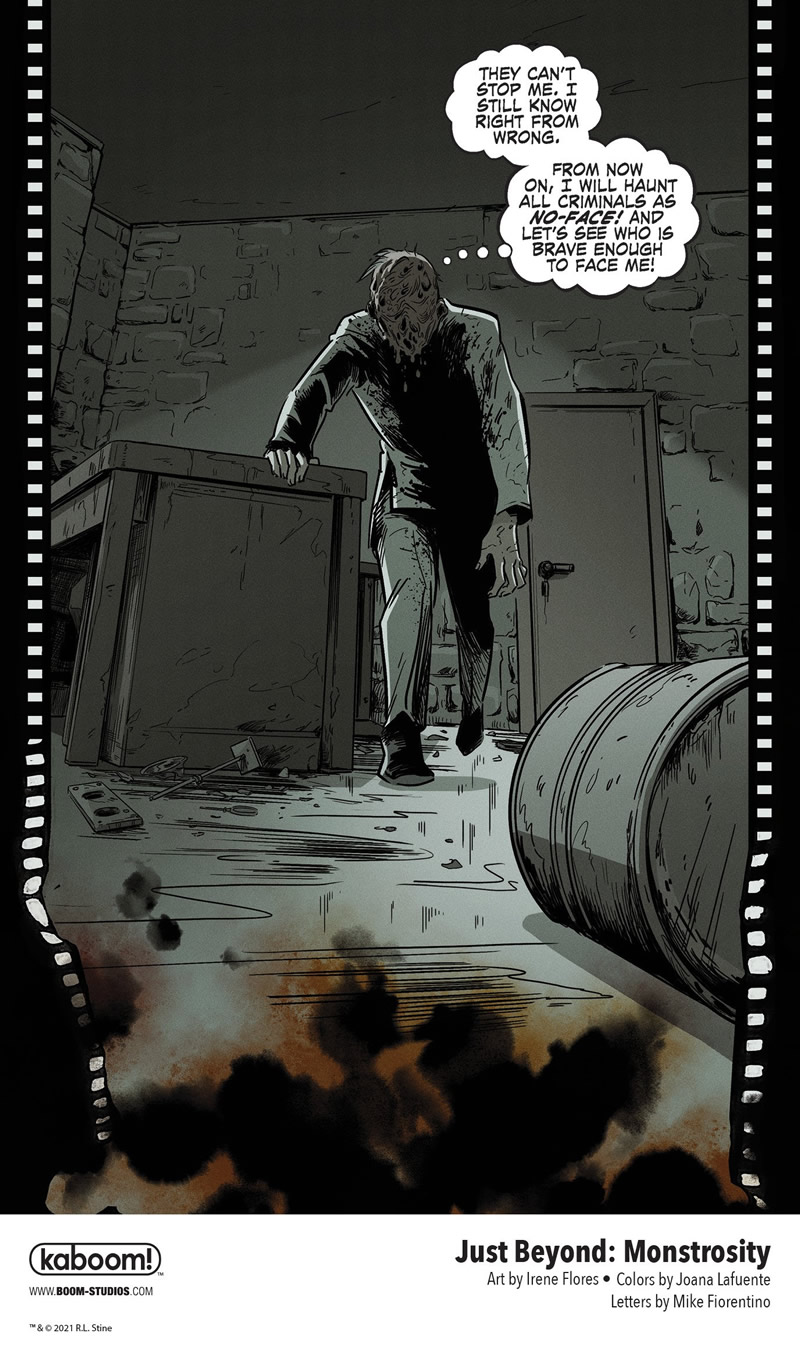