Bodies Bodies Bodies–a new slasher from A24–is heading toward its summer theatrical release, and a new poster was dropped this week to gets fans in the proper mood. Check out the ominous artwork–courtesy of JoBlo.com–on this page.

The horror flick–which premiered at last month’s SXSW Film Festival–has earned an R rating for “violence, bloody images, drug use, sexual references and pervasive language.” That about runs the gamut.

A24 reportedly will drop a trailer for the film tomorrow (April 26), so keep reading Horror News Network for all updates on Bodies Bodies Bodies. 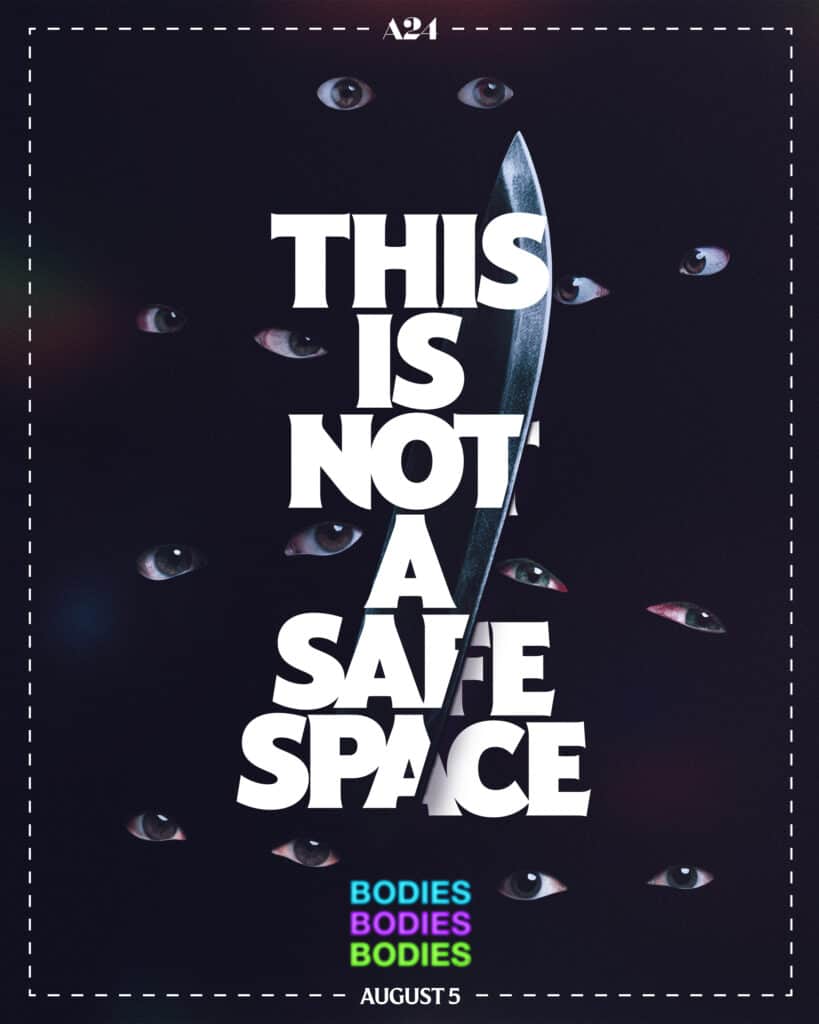