Bodies Bodies Bodies–the latest genre entry from A24–is fresh from its world premiere last month at the SXSW Film Festival, and this week it landed a summer theatrical release, according to a report on Deadline. Check out the first image from the movie on this page. 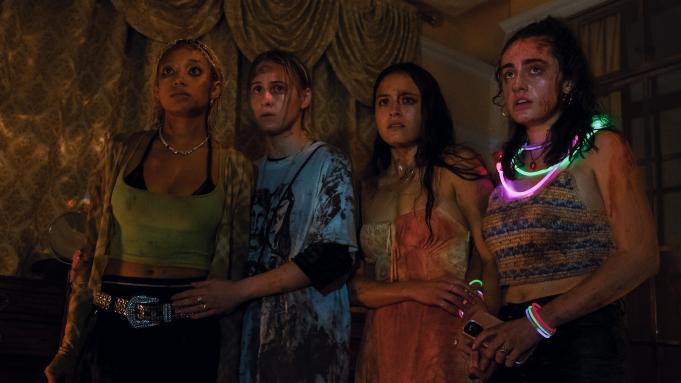 Described as a slasher-comedy, Bodies Bodies Bodies follows a group of “rich 20-somethings who plan a hurricane party at a remote family mansion,” according to the logline. It’s there that a party game “turns deadly in this fresh look at backstabbing, fake friends and one party gone very, very wrong.”