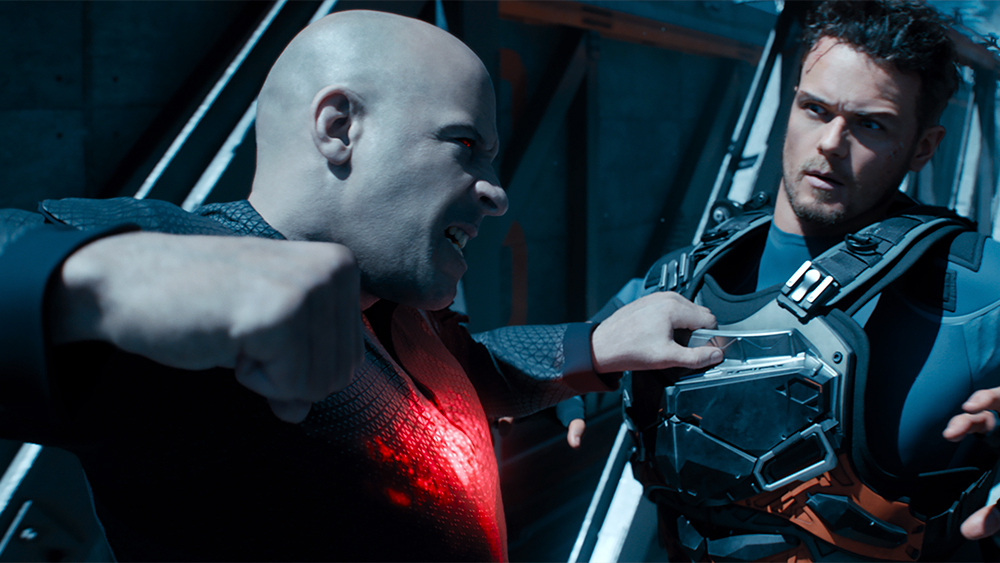 Bloodshot finished in third place at the weekend box office amid ever-growing fears of the global spread of the Corona Virus, leading to the lowest weekend totals since 1995 (when John Carpenter’s Vampires led the pack).

The adaptation of the Valiant comic book character actually met expectations (albeit low expectations) with an estimated $9.3 million this weekend.  Bloodshot’s 31% score on Rotten Tomatoes and B rating on Cinemascore wasn’t enough to tempt more people to venture outside of their homes, but this week’s metrics had little to do with any tickets being sold.

The long-delayed The Hunt brought in an estimated $5.2 million and wasn’t helped by picking one of the worst weekends of the year to debut.  The Hunt scored a C+ on Cinemascore and a better than expected 54% on Rotten Tomatoes.

The Invisible Man continued to add to its impressive total with another estimated $6 million for fourth place, adding another three dozen screens in its third week.  The Invisible Man currently sits at $64 million domestically and a healthy $58 million internationally.

Next week brings no new wide releases over continued concerns over theater shut downs, but be sure to check back for more information in this unsettled time for the entertainment industry.

Movie Thrills for Friday the 13th