Becky 2: The Wrath of Becky–the sequel to the 2020 horror hit–is scheduled for a March theatrical release (stay tuned for an exact date), and a first-look photo of returning star Lulu Wilson has dropped. Check out the bloody image on this page. 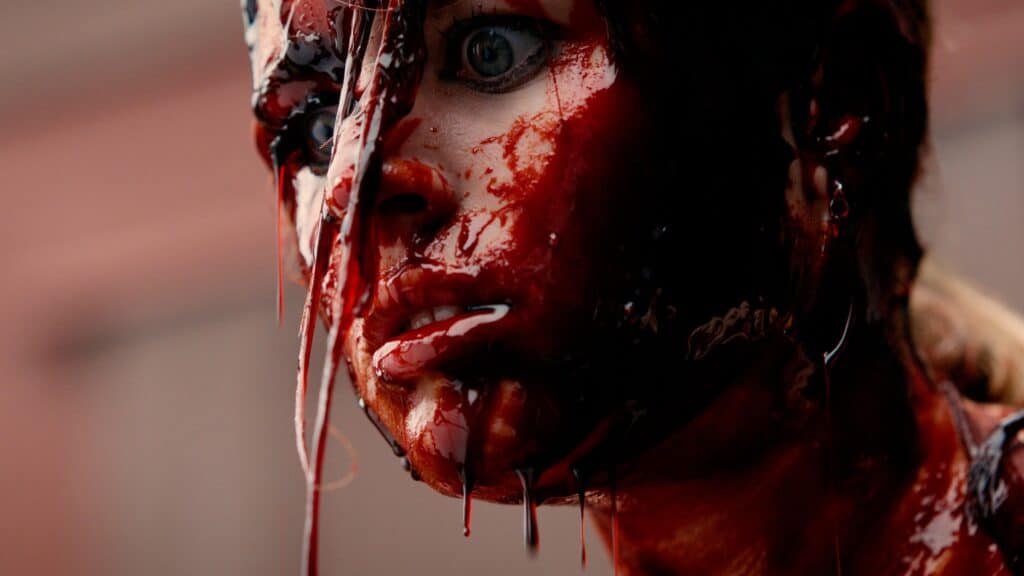 The feature–written and directed by Matt Angel and Suzanne Coote–follows Becky, who has been “living off the grid for two years,” according to the logline. She then finds herself “going toe-to-toe against Darryl (Seann William Scott)–the leader of a fascist organization–on the eve of an attack.”

In the original Becky–directed by Jonathan Milott and Cary Murnion from a screenplay by Nick Morris and Lane Skye–the teen tries to reconnect with her father (Joel McHale) during a weekend getaway at a lakefront house, according to the synopsis.

But things take a violent and bloody turn when “convicts on the run–led by the merciless Dominick (Kevin James)–invade the house.”

Producer Russ Posternak said the goal for the sequel was “to up the ante from the first film in every way imaginable. And with Matt and Suzanne’s script–and Seann William Scott’s villain and Lulu’s Becky–we know we’ll deliver the thrills and gore that audiences loved in the original.”

Keep reading Horror News Network for further updates on The Wrath of Becky.